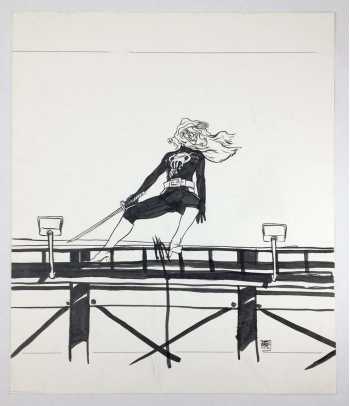 An ink/brush illustration by Nathan Fox.