Sign in | Register
HomeAnimation & FilmOut of Picture, Vol. 2: Art from the Outside Looking In 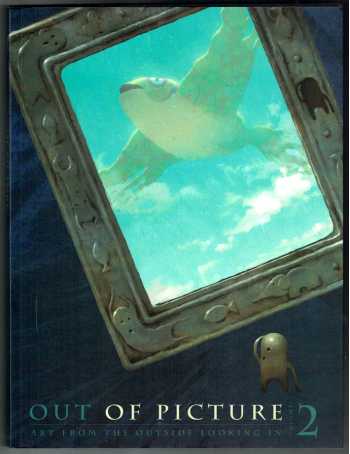 "Out of picture" is a film term used when a character, scene, or shot is cut from a movie. When artists hear the phrase, it inevitably means that an idea they've spent weeks or even months developing has been tossed by the wayside, never even making it to the cutting-room floorit's been "OOP-ed." A bitter pill to swallow for most creative types, but the artists of the Out of Picture anthologies have appropriated and redefined the term to represent a safe haven for stories and visions that have yet to be realized.

The debut of Out of Picture, Volume 1 was a resounding success for its artists. Rave reviews by critics and peers led to prestigious showcases for the contributors' workincluding a gallery show in Paris. The outpouring of adulation quickly sparked new inspiration in the fertile imaginations of the OOP creators, and before long collaborations were forming and story ideas brewing for a second volume.

With new contributing artists bringing a fresh energy to the mix, all involved were challenged to push themselves, their stories, and their artwork even farther than before. In the pages of Out of Picture, Volume 2, you'll feast your eyes on the breathtaking scope of these artists' abilities and the remarkable visual storytelling talent each of them possesses. While every story is the unique vision of its creator, the work as a whole stands apart from other anthologies with its beautifully realized illustrations, which are as strikingly individual as the artists who've envisioned them. These images never made it to the screen, but you're certain to agree just how much they deserve to be seen.