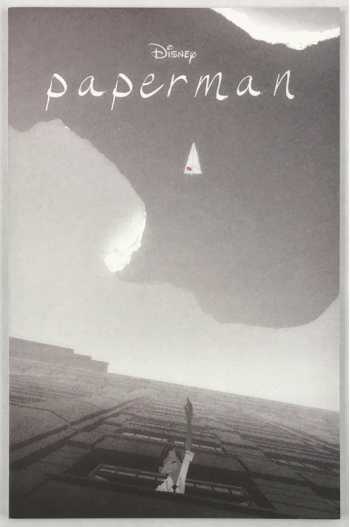 This booklet collects character drawings and other studies and artwork for the experimental Disney short. This booklet was produced in a limited run for promotional purposes.

Paperman was a 2012 animated short directed by John Kahrs. The short blends traditional and computer animation, and won both the Academy Award for Best Animated Short Film and the Annie Award for Best Animated Short Subject. Paperman was the first animated short film produced by Walt Disney Animation Studios to win an Academy Award since 1969's It's Tough to Be a Bird.