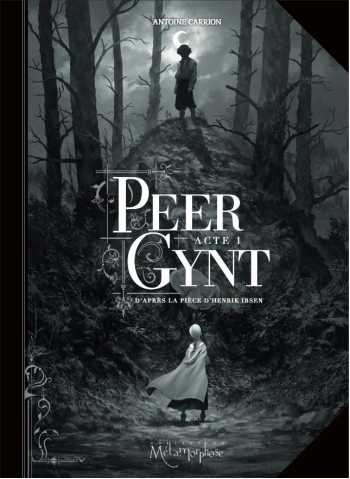 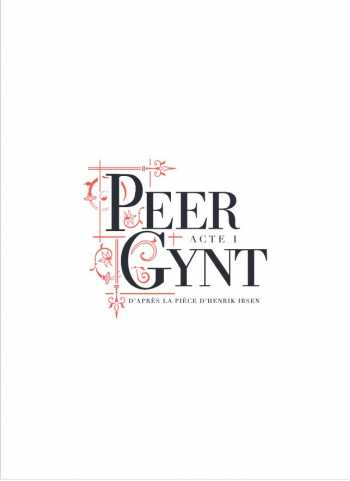 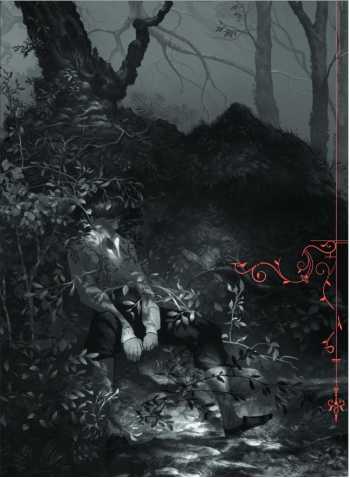 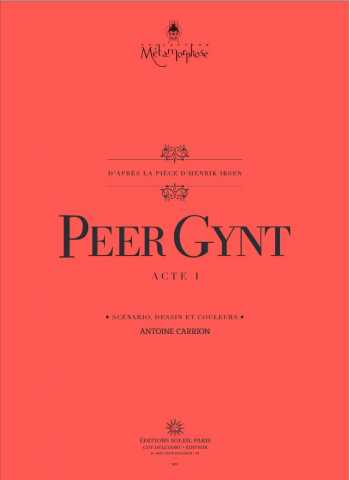 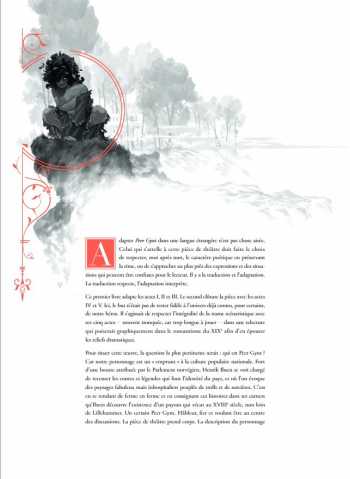 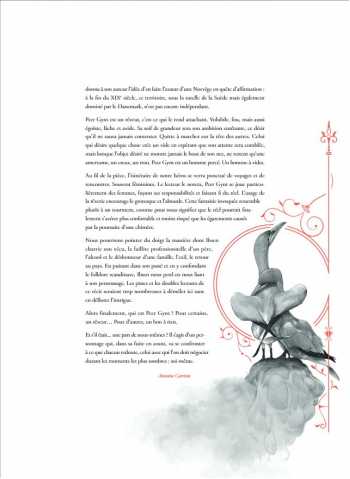 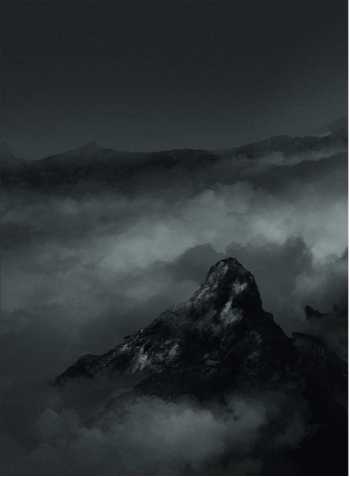 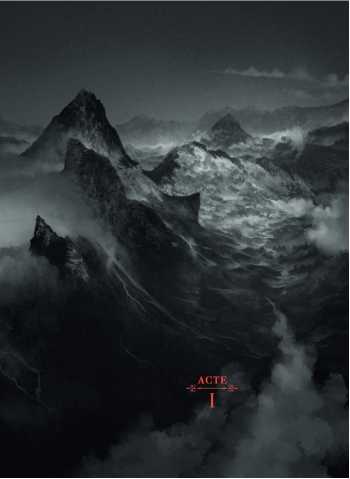 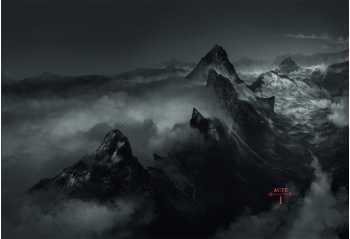 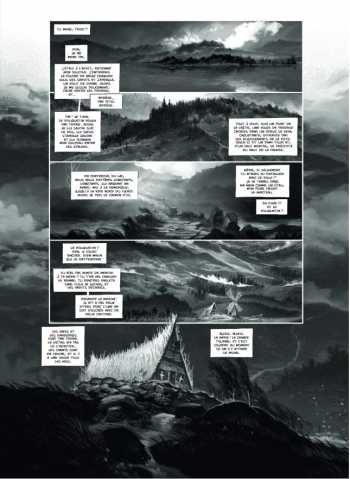 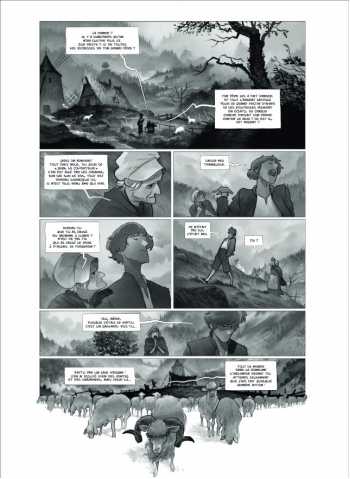 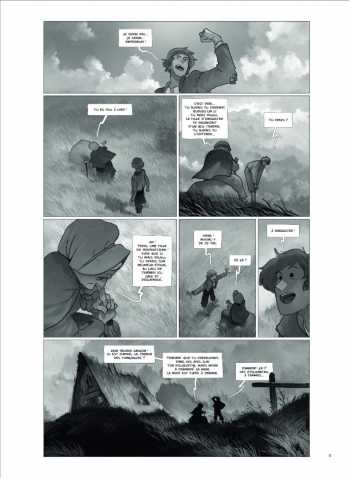 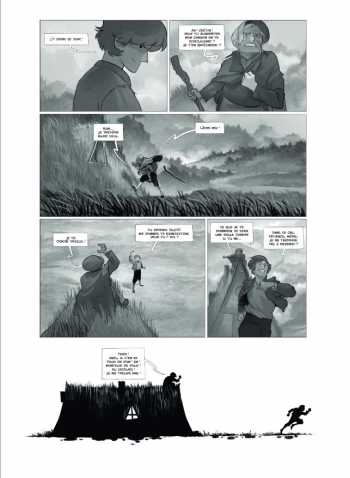 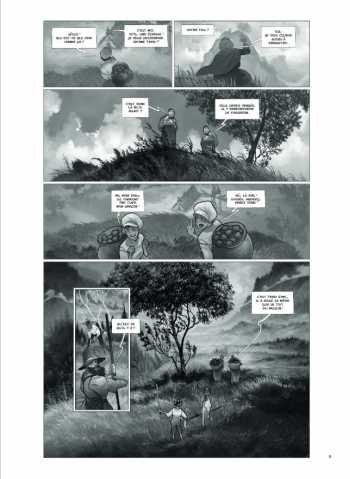 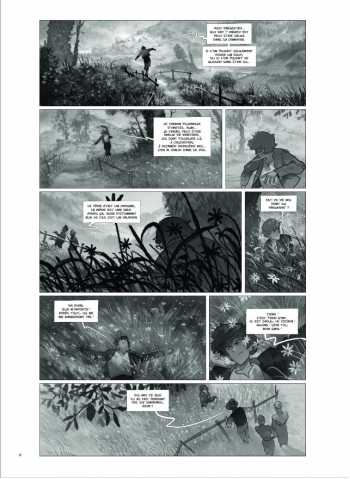 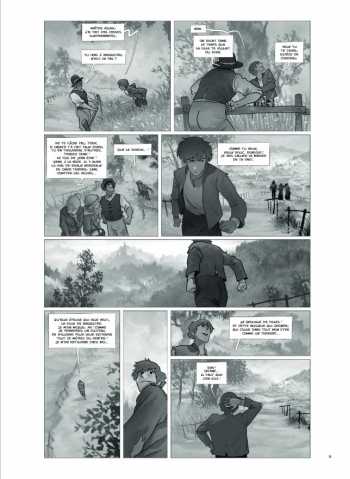 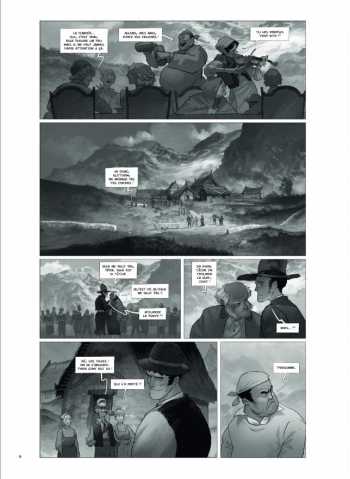 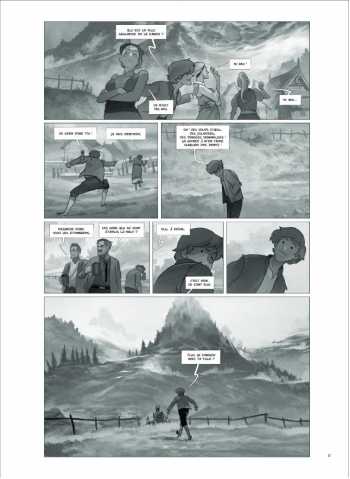 Antoine Carrion, the artist of Temudjin and Nil, has created his best album yet. It is filled with stunningly beautiful tableaus.

His character designs, Peer and the others, are is inspired as well more simply rendered than their backgrounds but in a way that makes them easier to read and understand.

The action is grand and theatrical like an opera. An example of the grand scale, the album features a double gatefold to reveal one huge four-page panoramic panel!

Peer Gynt imposes itself as a breathtaking quest around identity, mixing satire, drama and humor.

Peer Gynt is an adaptation in two volumes of the play by Henrik Ibsen (itself based upon a Norwegian fairy tale). This opus adapts Acts I, II and III, and the second, Acts IV and V. Antoine Carrion offers a reinterpretation inspired by 19th century romanticism. Peer Gynt dreams of being an emperor, traveling around the world. Ambitions far from his daily life as a peasant. But everything has a price...