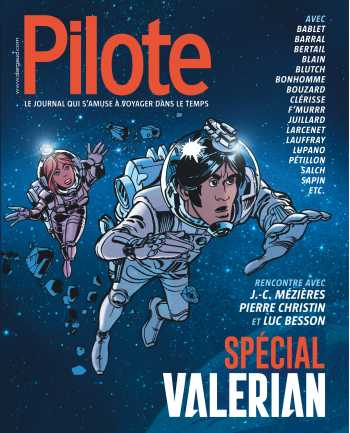 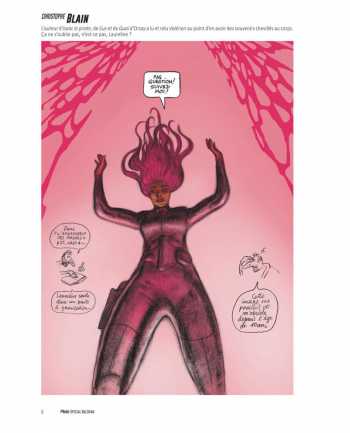 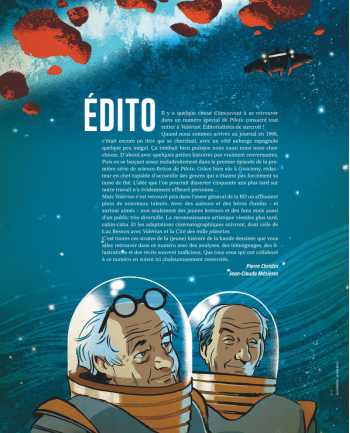 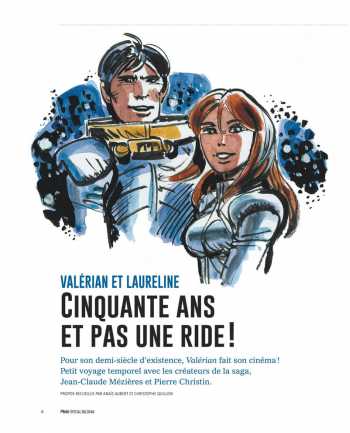 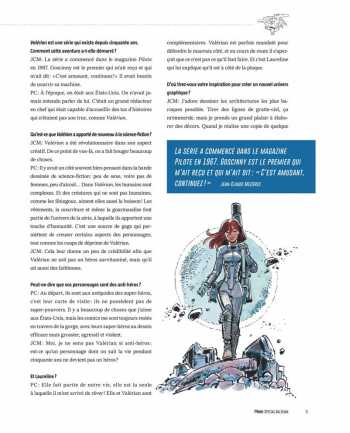 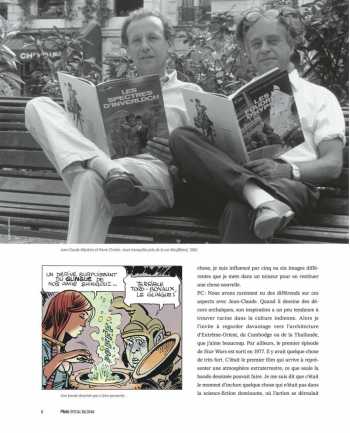 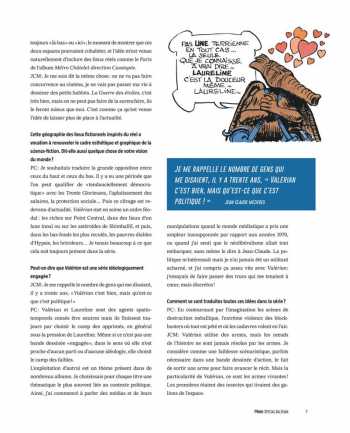 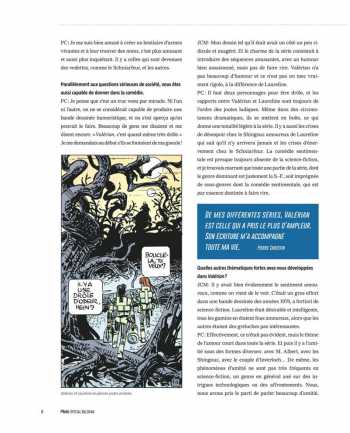 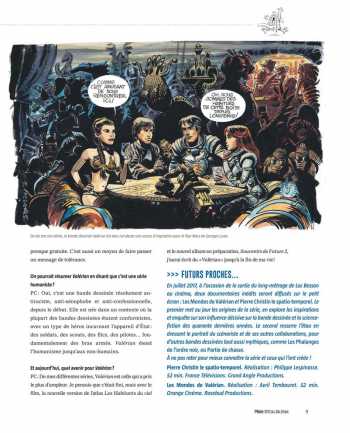 First appearing in 1967 in the pages of Pilote, Valérian quickly became one of the magazine's emblematic characters. This hardbound special issue was released to coincide with the feature's 50th anniversary and the release of Luc Besson's movie adaptation. It's a spirited tribute to Valerian, Laureline, and their creators. Content includes numerous homage strips by French comics personalities, an anniversary interview with creators Pierre Christin and Jean-Claude Mezieres, an excerpt from Christophe Quillien's Guide to the Thousand Planets, and an inside look at the making of the movie.