Sign in | Register
HomeAnimation & FilmPlanet of the Apes: The Evolution of the Legend
Save 25% 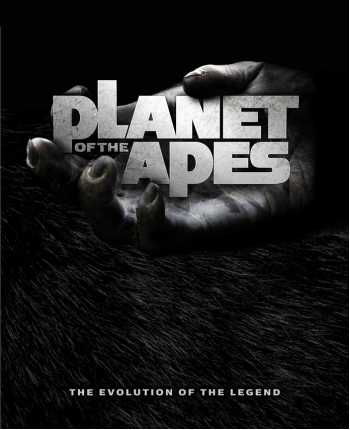 In 1968 audiences around the world were transported to a world eerily similar to their own, but where apes ruled and mankind was subjugated. A terrifying, thrilling film, featuring one of the most famous twist endings in film history, Planet of the Apes is a science fiction masterpiece. The film birthed one of the longest running and most successful film franchises in cinema history, spawning seven further films, two television series, comics, novels and much more. Over 40 years later moviegoers around the world are still enthralled by this iconic, award-winning series.

Planet of the Apes: The Evolution of the Legend is the definitive guide to every aspect of this cultural phenomenon.

From the groundbreaking original to 2014's blockbuster Dawn of the Planet of the Apes, this book tells the whole story, accompanied by brand new interviews with key creatives and die-hard fans. The book is illustrated throughout by gorgeous behind the scenes photography, makeup tests, candid stills, and beautiful film frames. Highly rare conceptual artwork has been unearthed and promises fans an exclusive glimpse into the creation of this beloved series.

Detailing the writing and production process of all the films, the impact and influence, the makeup, the music, and much more. Planet of the Apes: The Evolution of the Legend is a landmark book and must-have for fans everywhere.

Joe Fordham has been writing full-time for Cinefex since since 2001. Before that, he worked in visual effects, special effects, makeup effects, miniature effects, animation and editing in LA and in London.

Jeff Bond is the author of Danse Macabre: 25 years of Danny Elfman and Tim Burton and The Music of Star Trek. He is Executive Editor of Geek magazine and was Senior Editor at CFQ, the revival of Cinefantastique magazine, from 2003 to 2006. He covered film music and other subjects for the Hollywood Reporter for ten years, has written hundreds of movie soundtrack liner notes booklets.