Sign in | Register
HomeAnimation & FilmPlease Stand by: The Prehistory of Television
Save 16% 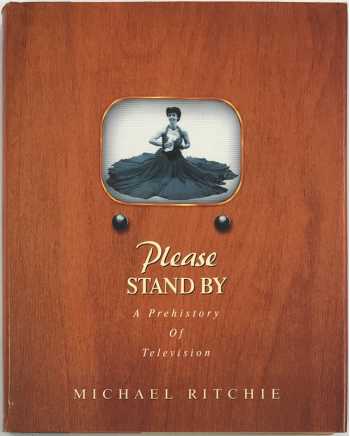 A look back at the rough pioneer beginnings of TV, written by Michael Ritchie (1938 - 2001) film director, producer and writer (The Candidate, Smile, The Bad News Bears, Fletch). Out of print.

Even before there was "Howdy Doody" or "The Honeymooners", there was television, the medium that would define and change forever the twentieth century. Please Stand By looks back at the rough pioneer beginnings of TV, when the glow from the small screen brought magic into every home that had a set. Chorus girls worked side by side with performing rats; Eddie Albert, Dinah Shore, Hugh Downs and Betty Furness were still plucky unknowns; and one crossed wire could ruin an entire night's programming, with losses totaling as much as sixty-five dollars! This is the first book to cover comprehensively the earliest days of television, the period between 1920 and 1948, before there were regularly scheduled programs, or even written scripts, when television was in its infancy, and TV "bloopers" were the order of the day rather than the exception. This is also the story of inventors like Philo Farnsworth, who invented electronic television as a high school student in rural Utah (he also invented the first fax machine), and the first network battles, between companies such as RCA, NBC and DuMont. Filled with entertaining anecdotes and rare photographs of the days when nearly all television was live, Please Stand By includes remarkable stories of many television "firsts" such as the first commercial, the first soap opera, the first sportscast, and the first newscast, as well as rare interviews with many of television's pioneers - the inventors, station owners, writers, actors, presenters and crews. As a chronicle of the earliest days of the twentieth century's most important medium, this book is an invaluable resource; as a story of the adventures and misadventures of the men and women who reinvented television daily, it's a hilarious and nostalgic rollercoaster ride.