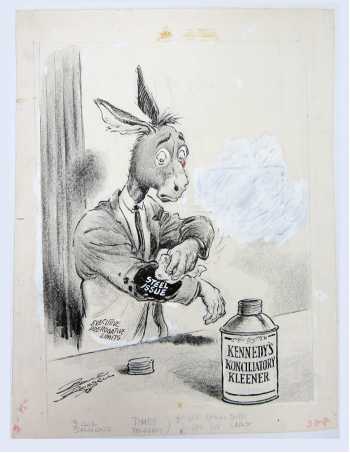 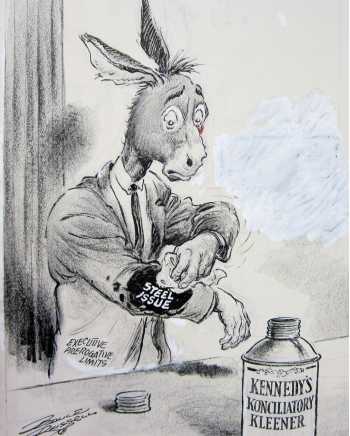 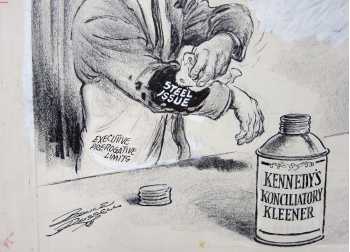 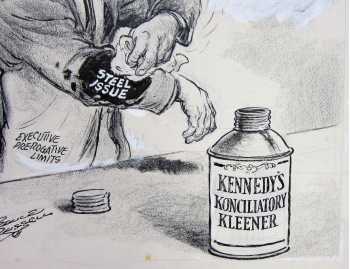 After studying at the Southern branch of the University of California, where he worked for the Cub Californian, he was hired for the Los Angeles Times as a sports cartoonist in 1927. He also drew a nationally syndicated cartoon, Rollo Rollingstone, during the early 1930s. In 1934 he became the lead cartoonist for the Times, a position he held until his death of a heart attack.

Russell won the annual Pulitzer Prize for Editorial Cartooning in 1946. His winning cartoon, entitled "Time to Bridge that Gulch," shows an American eagle and a Russian bear facing each other over a gulch filled with "irresponsible statements" and "deepening suspicions."

Near Fine
Signed by the artist