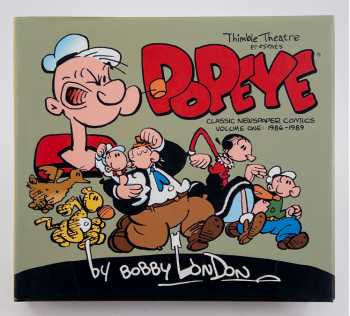 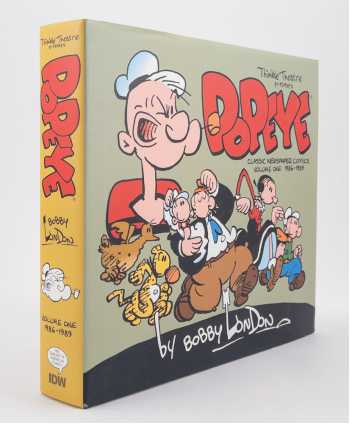 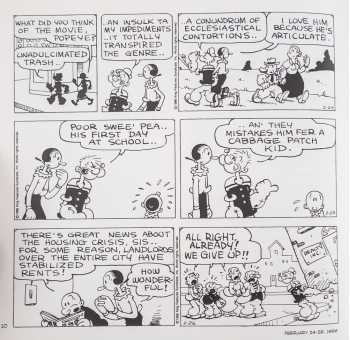 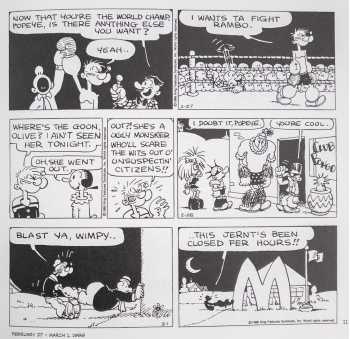 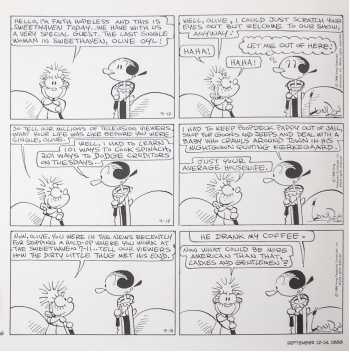 Famed Dirty Duck and Air Pirates cartoonist Bobby London's more than six-year run on the Popeye newspaper strip has been hailed both as a unique original creation and as an homage to Elzie Segar's larger Thimble Theatre vision. "Segar was the seminal influence in my career," the cartoonist said. London updated the strip to reflect current pop culture and also brought back the extended story format favored by Segar. London gives us new yet familiar versions of Popeye, Olive Oyl, Swee' Pea, and Wimpy, as well as Popeye's Pappy, Olive's brother Castor, Eugene the Jeep, Bernice the Whiffle Hen, the menacing Sea Hag, Alice the Goon, and more!

Bobby London's take on the Sailor Man has often been overshadowed by his being fired from the strip in 1992, ostensibly for presenting a storyline that was an allegory about abortion. Now, 20 years later, Bobby London fans as well as Popeye fans can rejoice with this first of two volumes that will collect every one of his daily Popeye strips.