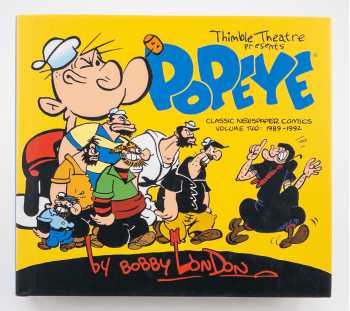 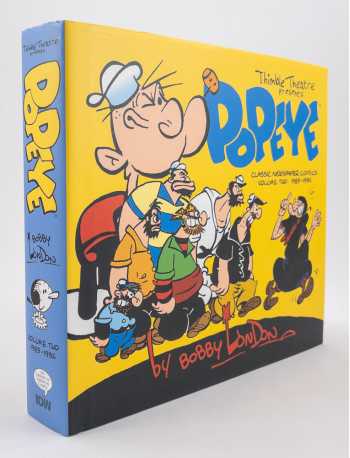 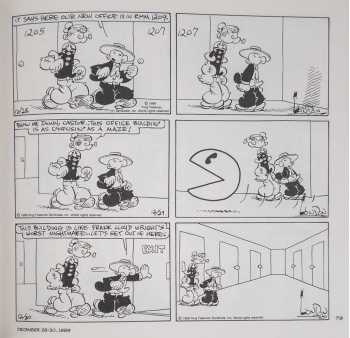 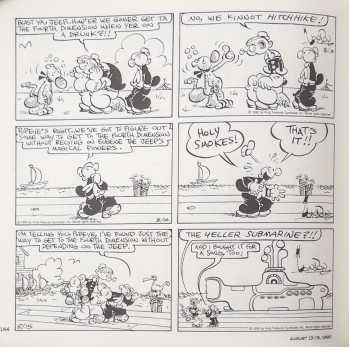 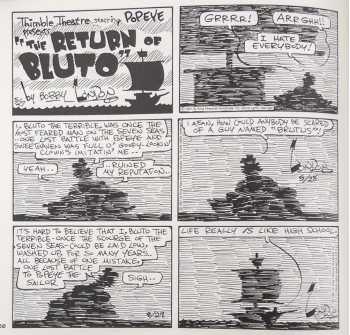 When we say "complete," we mean COMPLETE! Bobby London's take on the Sailor Man has often been overshadowed by his being fired from the strip in 1992, ostensibly for presenting a storyline that was an allegory about abortion. In that ultimate tale, Olive had become addicted to the Home Shopping Network and ordered a Baby Brutus mechanical doll. When Popeye insists that she get rid of the "baby," two priests mistakenly believe that the baby is real and that Olive is going to exercise her pro-choice rights. King Features Syndicate pulled the final three weeks of strips and daily newspapers began running reprints. Story over in mid-stream.

Now, twenty-two years later, thanks to the kind cooperation of the good folks at King Features, those three weeks will be included in this second volume of the IDW series. But wait...that's not all! Turns out that Bobby London produced an additional six weeks of strips beyond the three that were pulled from syndication! This book contains -- for the first time anywhere -- all nine weeks of "censored" Bobby London Popeye strips. Trust us, it's worth the wait!