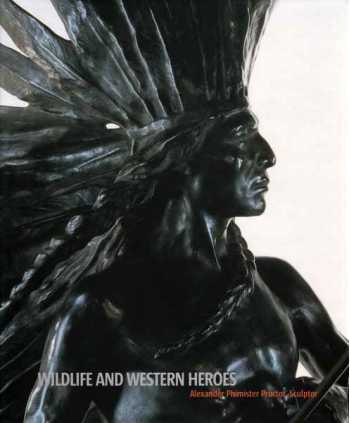 A spectacular book on this American animalier sculptor, a contemporary of Anna Hyatt Huntington and Paul Manship.

Companion volume to the first major exhibition of the work of Alexander Phimister Proctor (1860-1950), one of America's most prolific and successful sculptors of public monuments.

During his lifetime, Alexander Phimister Proctor was recognised as the acknowledged leader among American animalier sculptors, and as the nation’s foremost creator of sculpted monuments on western themes.

A series of seven essays covers the key influences and major achievements of his career, with over 50 illustrations depicting the artist’s most important commissions. These include the Buffalo Head for the White House State Dining Room (1909) and the massive Mustangs at the University of Texas (1948), as well as the smaller studio pieces such as his Indian Warrior (1900 - 1902), featured on the cover, and Panther (1922 - 1923).

As well as having a contagious sense of joy and humour, Proctor embraced adventure, both physical - he killed his first bear at the age of sixteen - and intellectual - he received the coveted Rinehart Scholarship in 1898. He also won many awards during his lifetime, including the Prix de Rome (1898), which he declined for artistic reasons, a gold medal at the 1900 Paris Universal Exposition and was appointed Resident Sculptor at the American Academy in Rome (1925).