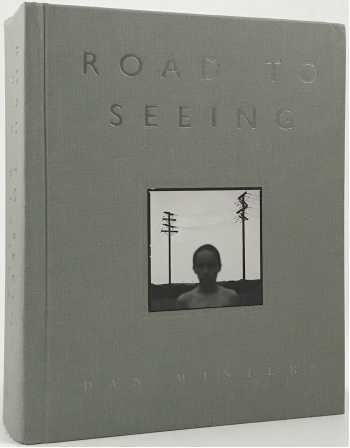 After beginning his career as a photojournalist for a daily newspaper in southern California, Dan Winters moved to New York to begin a celebrated career that has since led to more than one hundred awards, including the Alfred Eisenstaedt Award for Magazine Photography. An immensely respected portrait photographer, Dan is well known for an impeccable use of light, color, and depth in his evocative images.

In Road to Seeing, Dan shares his journey to becoming a photographer, as well as key moments in his career that have influenced and informed the decisions he has made and the path he has taken. Though this book appeals to the broader photography audience, it speaks primarily to the student of photography -- whether enrolled in school or not -- and addresses such topics as creating a visual language; the history of photography; the portfolio; street photography; personal projects; his portraiture work; and the need for key characteristics such as perseverance, awareness, curiosity, and reverence.

By relaying both personal experiences and a kind of philosophy on photography, Road to Seeing tells the reader how one photographer carved a path for himself, and in so doing, helps equip the reader to forge his own.

Dan Winters is a photographer well-known for his celebrity portraiture, photojournalism, and illustrations. He has won numerous awards including the World Press Photo Award, and his work has been featured in The New York Times Magazine, The New Yorker, Vanity Fair, GQ, and Rolling Stone. His previous books include Periodical Photographs, Last Launch, and Dan Winters's America: Icons and Ingenuity. He splits his time between Austin, Los Angeles, and Savannah.