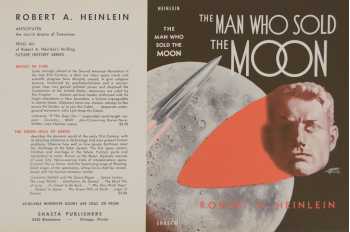 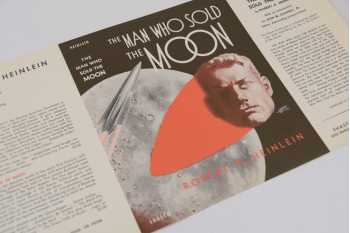 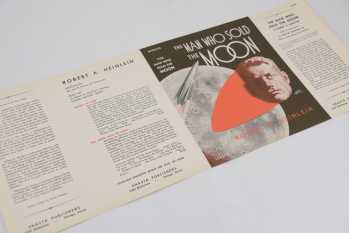 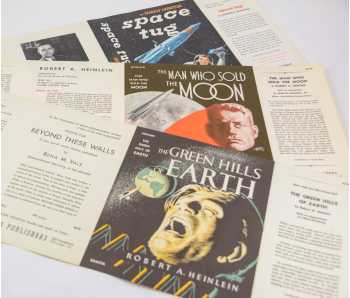 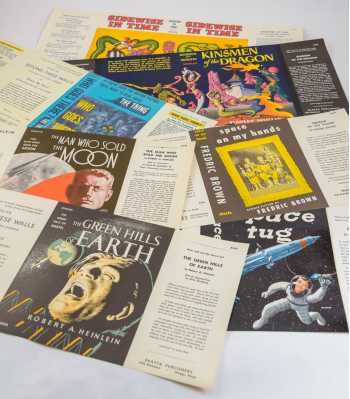 Appears to be a second printing dustjacket for Robert Heinlein's Man Who Sold the Moon. The $3.00 price is intact.

Whether you want this dustjacket to fold around your copy of Man Who Sold the Moon, or keep flat and display as an art print, unfolded dustjackets are rarer than uncut trading card sheets.