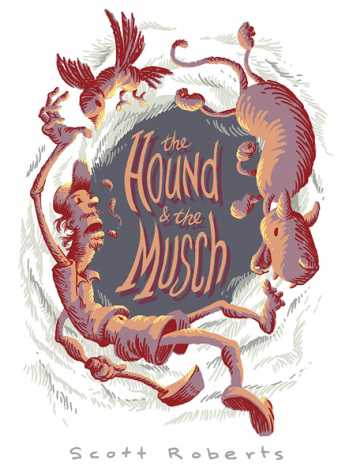 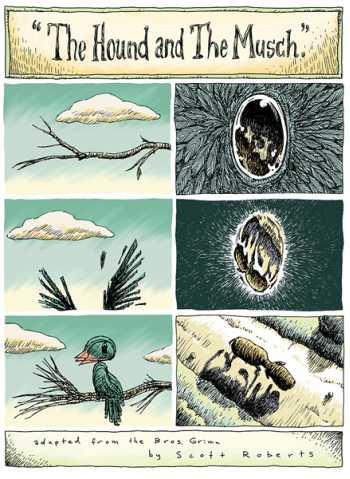 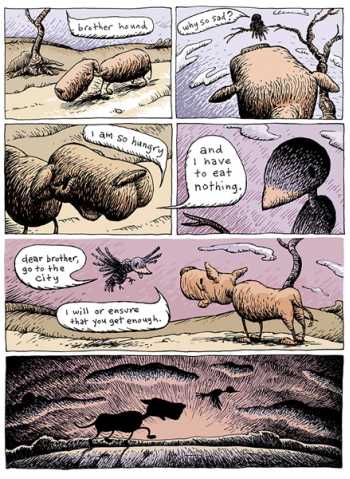 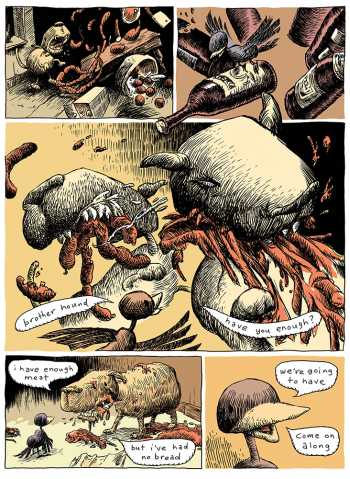 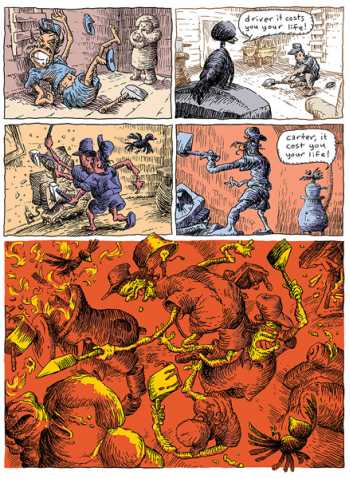 A graphic adaptation of the Brothers Grimm fable, The Dog and the Sparrow. This is a comic tale of dark retribution with a tortured syntax beyond Krazy Kat and wonderfully illustrated in a style evoking George Herriman, Winschluss, Dave Cooper, Tony Millionaire, and early comic strips, with vivid color.

Scott Roberts is an artist, independent animator, and comics creator. He is also an Associate Professor teaching Animation and the History of Animation at DePaul University's School of Cinema & Interactive Media in Chicago.