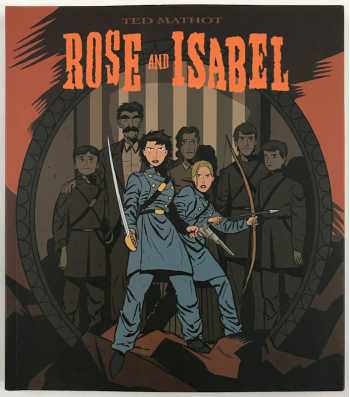 Rose and Isabel leave their family farm to search for their three brothers who have gone missing while fighting for the Union Army.

With a bonus art gallery with Rose and Isabel interpreted by an international roster of 19 guest artists, including Ronnie del Carmen, Enrico Casarosa, Bill Presing, Scott Morse, Rodolphe Guenoden, and others.

Mathot, served as story supervisor on Incredibles 2 and directed the short, Auntie Edna for the home video release of Incredibles 2. He first began working at Pixar as a story artist in 1999, and has since worked in a similar capacity on The Incredibles, Cars, Ratatouille, Presto and WALL-E. He received an Annie Award in 2008 for his storyboard work on Ratatouille. Ted created several self-published comics before Rose and Isabel, his longest most complex comic to date.