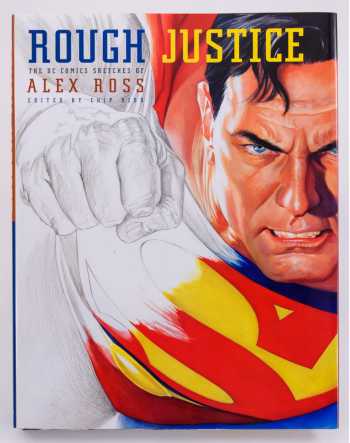 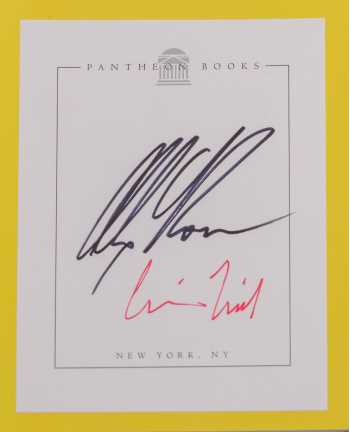 A Pantheon Books bookplate signed by Alex Ross and Chip Kidd is attached to the title page of this Mint copy.

Alex Ross opens his private sketchbooks to reveal his astonishing pencil and ink drawings of DC Comics characters, nearly all of them appearing in print here for the first time. Thousands of fans from around the world have trilled to Alex's fully rendered photo-realistic painting of their favorite heroes, but as they may not realize, all of those works start as pencil on paper, and the origins of the finished images are rarely seen. Until now. From deleted scenes and altered panels for the epic Kingdom Come saga to proposals for revamping such classic properties as Batgirl, Captain Marvel, and an imagined son of Batman named Batboy, to unused alternate comic book cover ideas for the monthly Superman and Batman comics of 2008-2009, there is much to surprise and delight anyone who thought they already know all of Alex's DC Comics work. Illuminating everything is Alex's own commentary, written expressly for this book, explaining his though processes and stylistic approaches for the various riffs and reimaginings of characters we thought we knew everything about but whose possibilities we didn't fully understand. As a record of a pivotal era in comics history, Rough Justice is a must for Alex's legion of fans, as well as anyone interested in masterly comic book imagination and illustration.