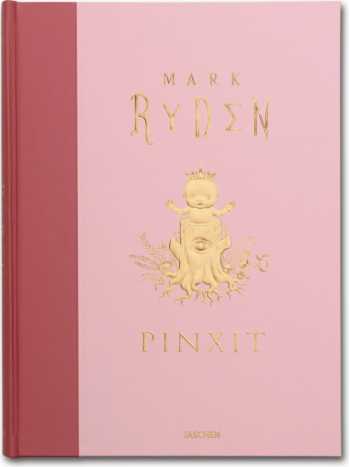 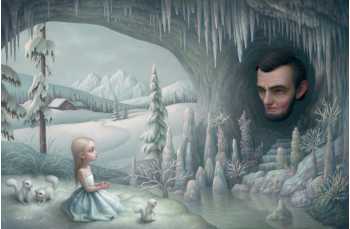 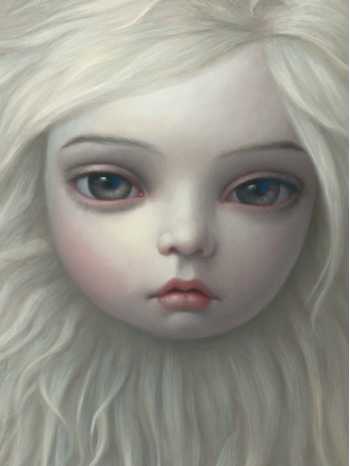 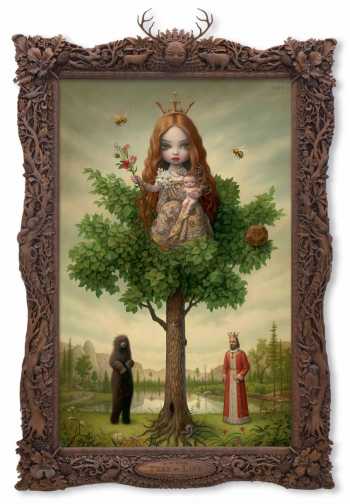 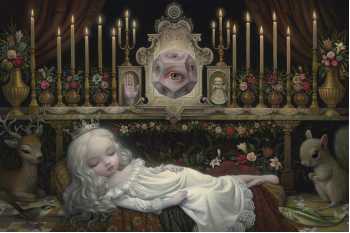 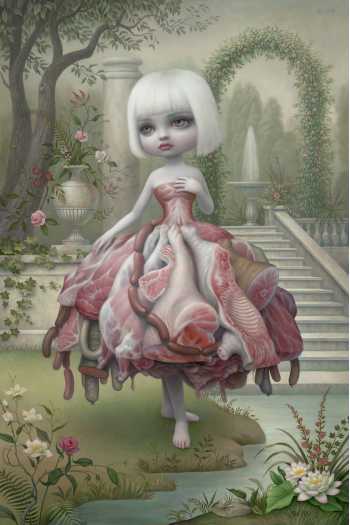 Blending themes of pop culture with techniques reminiscent of the old masters, Mark Ryden has created a singular style that blurs the traditional boundaries between high and low art. His work first garnered attention in the 1990s when he ushered in a new genre of painting, "Pop Surrealism," dragging a host of followers in his wake. He has trumped the initial surrealist strategies by choosing subject matter loaded with cultural connotation.

Ryden’s vocabulary ranges from cryptic to cute, treading a fine line between nostalgic cliché and disturbing archetype. Seduced by his infinitely detailed and meticulously glazed surfaces, the viewer is confronted with the juxtaposition of the childhood innocence and the mysterious recesses of the soul. A subtle disquiet inhabits his paintings; the work is achingly beautiful as it hints at darker psychic stuff beneath the surface of cultural kitsch. In Ryden’s world cherubic girls rub elbows with strange and mysterious figures. Ornately carved frames lend the paintings a baroque exuberance that adds gravity to their enigmatic themes. Complex in its arcane and idiosyncratic subject matter, Ryden’s work can leave no viewer unmoved.

Pinxit, whose title refers to the Latin term meaning "painted by," is organized by the themes of Ryden’s major exhibitions—The Meat Show, Bunnies & Bees, The Tree Show, and so on—and includes collected essays by Yoshitomo Nara, Carlo McCormick, and others, and a new essay by culture critic Kristine McKenna. This sweeping retrospective brings together nearly two decade’s worth of Mark Ryden’s paintings and works on paper, broadening the horizons of his uncanny universe and bringing it to the world, one page at a time.

Mark Ryden received a BFA in 1987 from Art Center College of Design in Pasadena. His paintings have been exhibited in museums and galleries worldwide, including a retrospective Wondertoonel at the Frye Museum of Art in Seattle and Pasadena Museum of California Art, and in the exhibition The Artist’s Museum at the Museum of Contemporary Art in Los Angeles. He currently lives and works in Los Angeles.