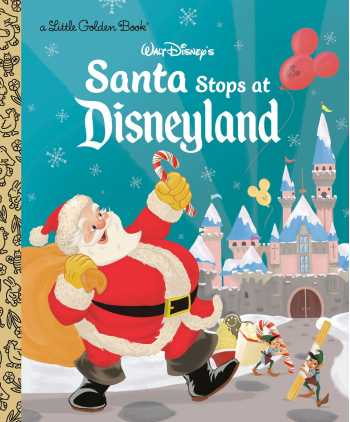 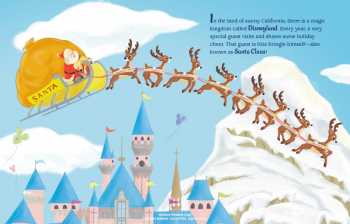 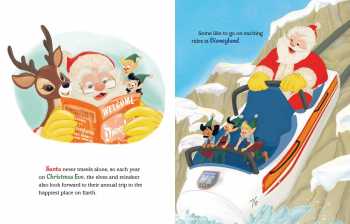 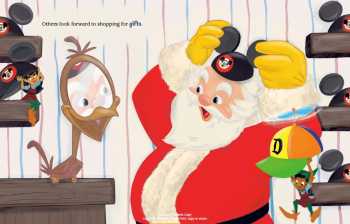 A new Little Golden Book set at Disneyland written and illustrated by a former Imagineer!

For kids ages 2 to 5, Disney Park fans, and Little Golden Book collectors of all ages.

The first printing is sold out at the publisher! Congratulations, Ethan!

Every Christmas Eve, Santa flies around the world, delivering presents to good children. But before that, he stops at Disneyland to spread a little holiday cheer at the happiest place on Earth! Featuring beloved locations from all around Disneyland, this book makes the perfect stocking stuffer!

From his current work as a toy designer (ho ho ho) to his more than 20 years as an Imagineer for the Walt Disney Company, Ethan Reed's art and designs have been captivating and entertaining audiences around the world for decades. While at Disney, Ethan held a variety of roles and had the honor to work on many of the classic attractions featured in this book, as well as helped to create new beloved Disney experiences including Mystic Manor (Hong Kong Disneyland), Seven Dwarfs Mine Train (Magic Kingdom & Shanghai Disneyland Park), Sindbad's Storybook Voyage (Tokyo DisneySea), Minnie's Style Studio (Tokyo Disneyland) and The Little Mermaid: Ariel's Undersea Adventure (Disney's California Adventure & Magic Kingdom). Ethan was also the lead designer on the incredibly popular Duffy and Friends merchandise line for Disney Parks.

Santa Stops at Disneyland has been a true labor of love for author and illustrator Ethan Reed -- who began work on the book for his eldest son's first Christmas. For 15 years, Ethan spent nights and weekends developing the story and illustrations, ﬁnally completing the book in 2022.