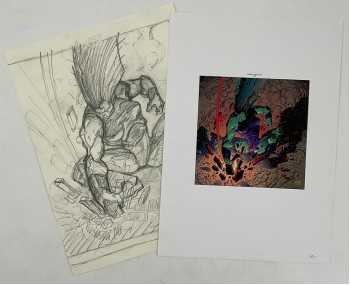 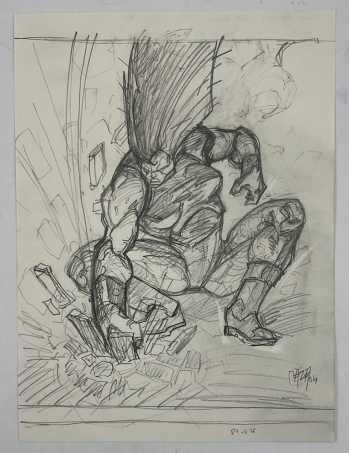 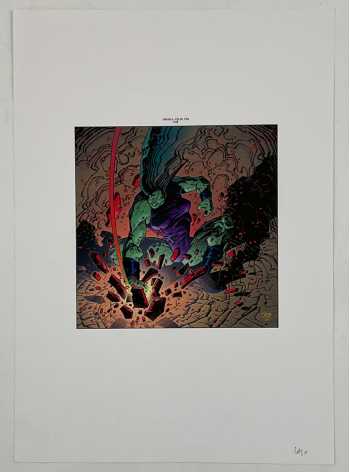 Here we have the original pencil preliminary by Caza and a color proof of the final illustration.