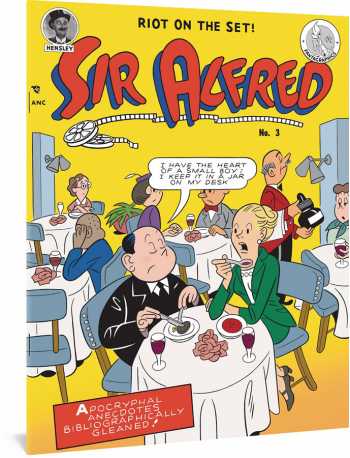 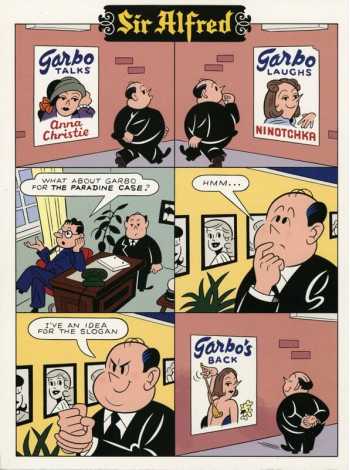 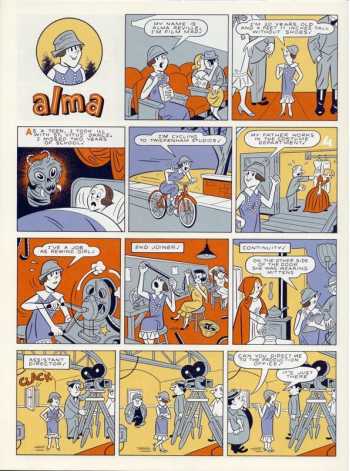 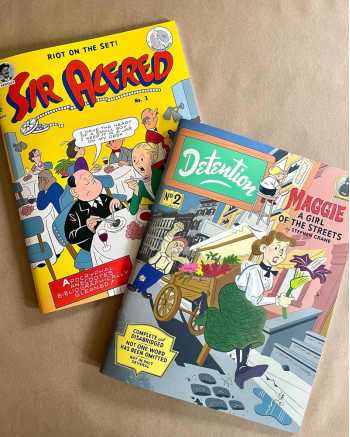 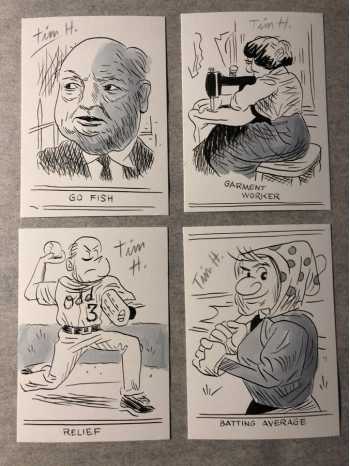 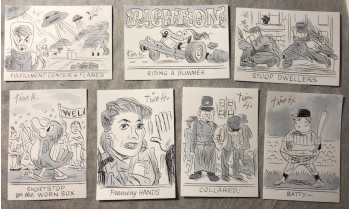 The brilliant cartoonist Tim Hensley is a friend of the store whose work we greatly admire. To celebrate his two new releases -- Sir Alfred #3 and Detention #2 -- and to reward those willing to shop small for his books, he is signing all of our copies AND creating original sketches on 2.5"x3.5" 100 lb. bristol sketch cards for us to include with each copy!

So (1) the book itself is signed by Tim and (2) includes a randomly selected original ink sketch on a separate sketch card!

Regarding the sketches, the ever-modest Tim says: "The style isn't as smooth as the drawings in the comics, but that's why the comics take so long..."

The on-sale date is November 16, 2022, and our copies will ship out immediately after.

Sir Alfred No. 3 was originally published by Alvin Buenaventura in 2015 in a Signed & Numbered edition of 1000. Long sought after, it is finally back in print!

Behind the bonhomie, his "British touch," and his legendary films adored by the entire planet, Alfred Hitchcock turns out to have been in turn miserable, dangerous, mean, insensitive, obsessed, mad, and often screaming with laughter and/or dread.

Master cartoonist Tim Hensley (Wally Gropius, Detention #2) paints a satiric and oblique portrait in this oversized one-shot (there is no Sir Alfred #1 or 2) that somehow informs the reader more about Hitchcock than most conventional history.