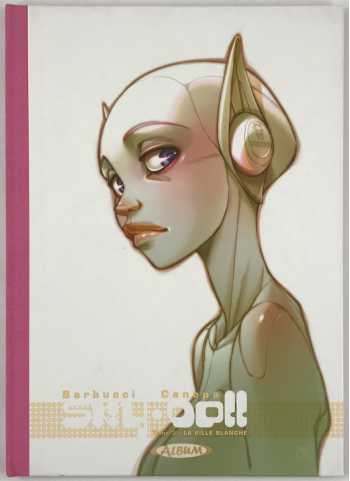 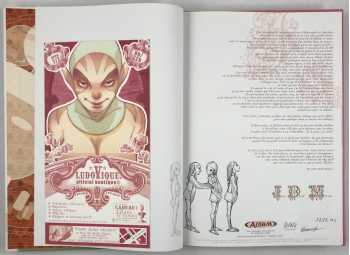 #17 of 25 numbered HC ("Hors Commerce") copies signed by Barbucci and Canepa on a limitation page AND on a separate ex-libris.

This deluxe edition of the third volume includes this exclusive bonus material:

"The internationally acclaimed best-seller! Meet Noa, a so-called Sky Doll; a life-like female android without rights, who exists only to serve the State's needs and desires. But when Noa meets two so-called 'missionaries' who aid in her escape from her tyrannical master, all hell breaks loose for our cyborg siren as she uncovers clues that she may be much more than just a robotic toy."

This Italian husband & wife team worked in Italian comics and animation (especially for Disney) before creating this break-through SF series and then going their separate ways. Pencils are by Barbucci and finishes by Canepa using watercolor and Photoshop.