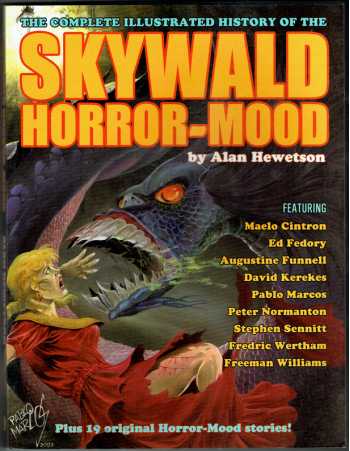 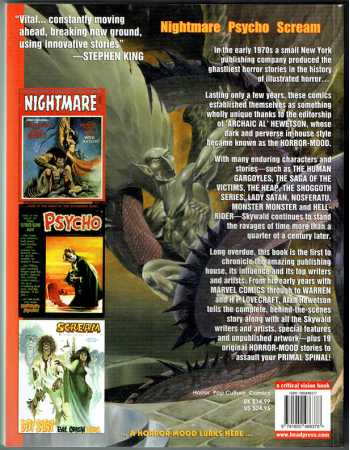 Out of New York City in the early '70s emerged a series of black and white horror comics titled Nightmare, Psycho and Scream. Lasting only several years, these comics established themselves as something wholly unique thanks to the editorship of Archaic Alan Hewetson, whose dark and perverse in-house style became known as "the Horror-Mood". With many enduring characters and stories, Skywald! continues to stand the ravages of time more than a quarter of a century later. Long overdue, this book is the first to chronicle the amazing publishing house, its influence, and its top writers and artists. Told by Archaic Al himself and other Horror-Mood bullpenners, with plenty of anecdotes and features, Skywald! also reproduces in their entirety some of the best stories.