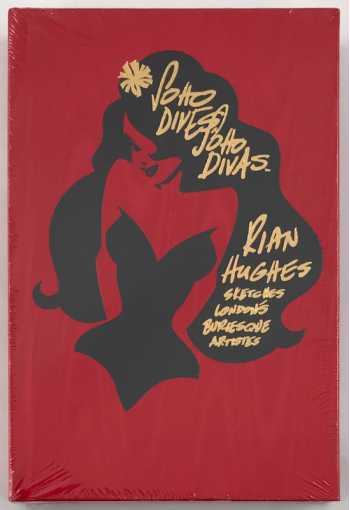 "One of the most successful and prolific designer/illustrators of the past 20 years" --Roger Sabin, Eye magazine.

Rian Hughes is a graphic designer, illustrator, comic artist, author, and typographer. From his studio, Device, he has produced watches for Swatch, Hawaiian shirts, logo designs for Batman and Spiderman, an iconoclastic revamp of British comic hero Dan Dare, and collaborated on a set of six children's books with Geri Halliwell. A retrospective monograph, "Art, Commercial" was published in 2001. Recent books include "Cult-ure: Ideas can be Dangerous", "Lifestyle Illustration of the 60s", and his book of burlesque art, "Soho Dives, Soho Divas". His comic strips have been collected in "Yesterdays Tomorrows", which was launched at the ICA, London. He has an extensive collection of Thunderbirds memorabilia, a fridge full of vodka, and a stack of easy listening albums which he plays very quietly.