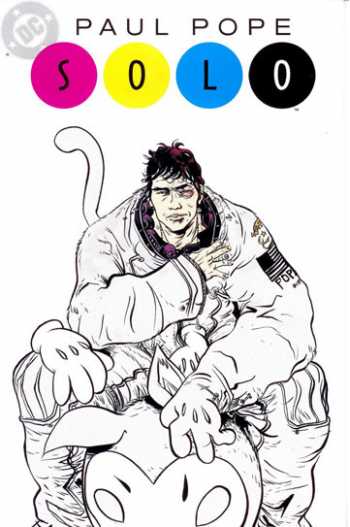 The Paul Pope issue of this series edited by Mark Chiarello.

Written by Paul Pope. Art and cover by Pope. 48 pages. No ads.

THB's Paul Pope (HEAVY LIQUID, 100%) goes it alone in SOLO #3! Pope begins with an ancient Greek myth, then re-imagines the classic origin of Omac and shares a personal tale. Pope also presents a slice of the Big Apple and concludes with "Teenage Sidekick," in which a captured Dick Grayson, as Robin, must struggle to escape the Joker!