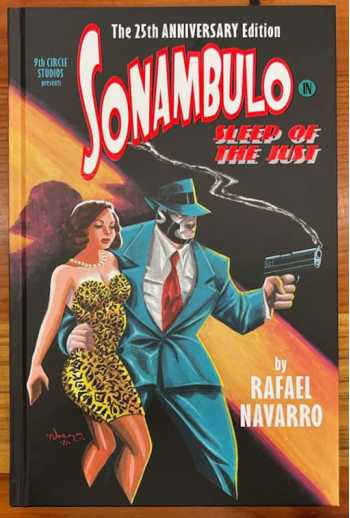 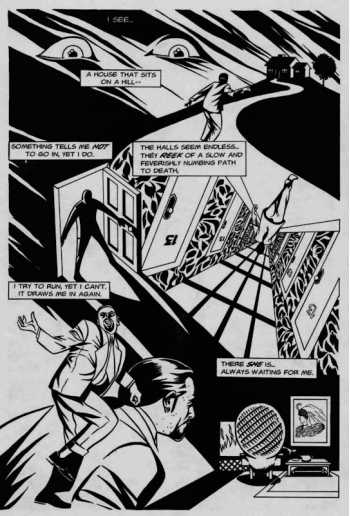 A deluxe hardcover collection of the comic cult classic Sonambulo, the wrestler turned detective in his first weird adventure into the unknown.

Sonambulo is a series of illustrated stories by animation and graphic illustrator Rafael Navarro. Winner of the XERIC FOUNDATION AWARD, Sonambulo has now achieved cult status among enthusiasts of PULP NOVELS, MASKED MEXICAN WRESTLERS, B-MOVIES, and even SUPER HERO comic readers all around. Like the world-weary street guys of Spillane and Hammett, Sonambulo steps head on into danger, living in a world where werewolves still lurk in the streets and THE DAY of the DEAD can literally become a holiday for those who seek revenge from the grave. Every story holds a dream-like bizarre quality, letting the reader know that the world of Sonambulo is not the world of an ordinary guy. Depending on the case, or the subjects from whom he chooses to extract a dream in order to reveal some well-hidden clue, or as the case may be, their deepest, darkest secrets, Sonambulo knows that at the dead of night, his day is just beginning...

For over twenty years, Rafael Navarro has been working as a gun for hire artist in the diverse fields of animation, illustration, and comic books. It has earned him a Daytime Emmy as well as two nominations for outstanding special class in animated program, and a recipient for the Xeric Foundation Award. As a story artist, he specializes in action adventure, but finds comfort in any genre, whether action/ adventure, comedy, cartoony or even surreal. His only purpose is to always tell a good story no matter what medium it is in. Comic Books have also proven just as colorful a resume as well. What with projects such as Gumby's Gang starring Pokey, to Bela Lugosi's Tales from The Grave as well as the Xeric Award winning cult classic Sonambulo, his sole creation.

Very Fine, issued without dustjacket
One of 1000 numbered copies signed by the artist