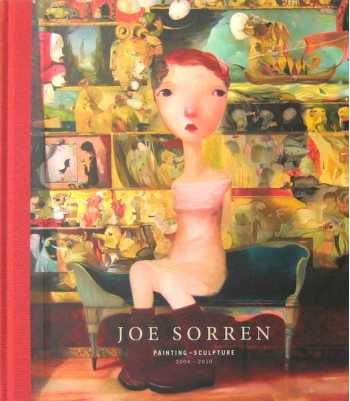 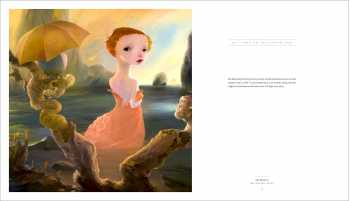 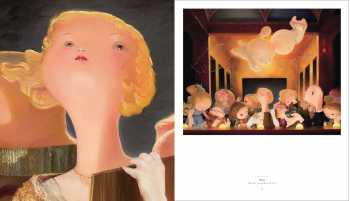 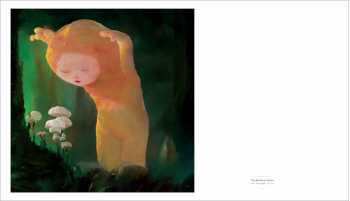 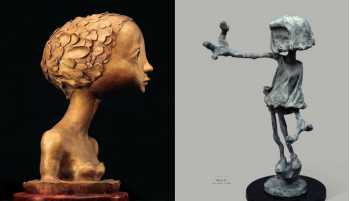 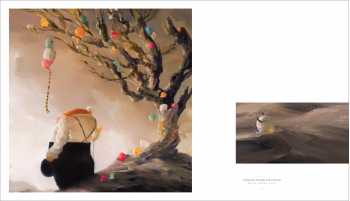 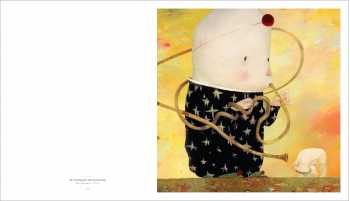 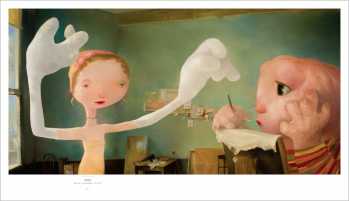 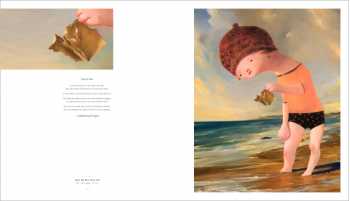 This monograph of work from 2004-2010 is published in conjunction with the exhibition Joe Sorren—Interruption, for the Grand Central Art Center in Santa Ana, California, for California State University, Fullerton (6 November 2010 - 2 January 2011). Although the subjects are often childlike, the postures and weariness betray adult maturity, drawing a fine line between the vulnerable and precocious. Bulls and minotaurs parade guiltily with parasols and umbrellas through both Sorren’s original paintings and the sculptures created in collaboration with Jud Bergeron.

Sorren grew up in Arizona and began painting in 1991. Two years later he earned a BFA from Northern Arizona University. His artwork has appeared in various publica­tions, including The New Yorker, Time and Rolling Stone. Warner Bros. and Atlantic Records have also used his art; he created the cover for the Tweaker album The At­trac­tion to All Things Uncertain and 2 a.m. Wakeup Call. His first solo exhibition was in 1995.