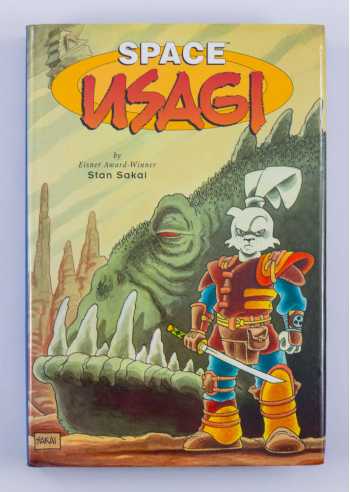 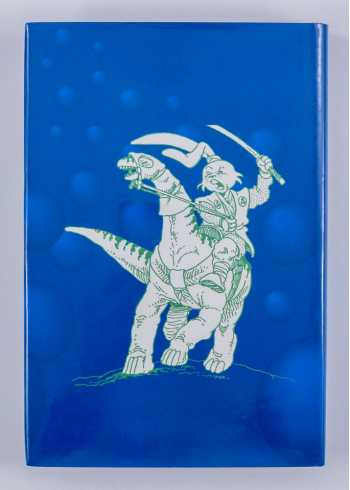 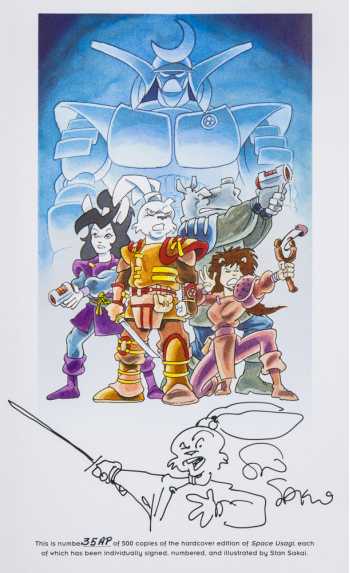 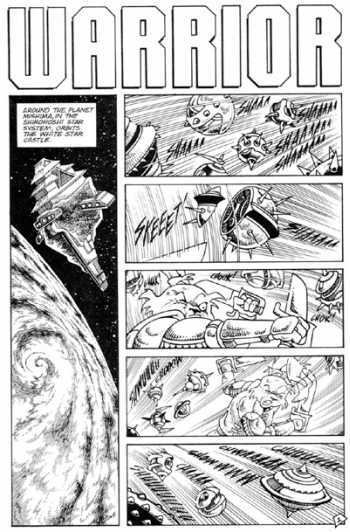 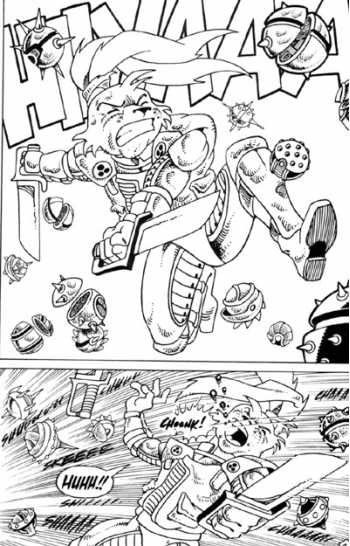 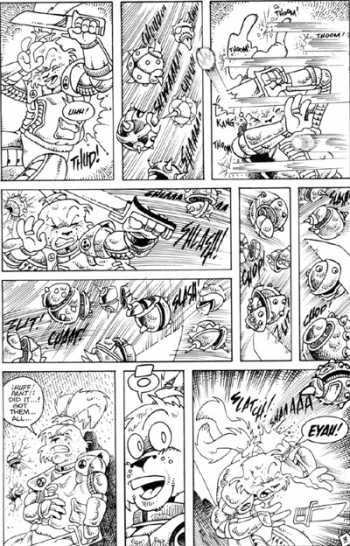 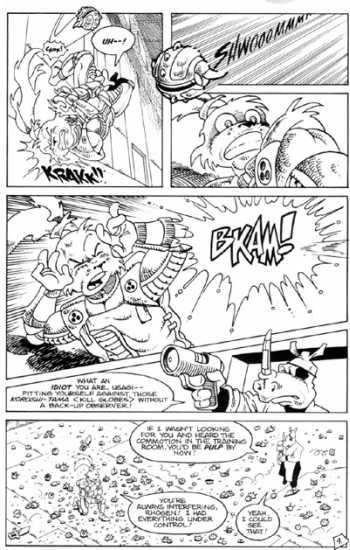 "This is number 35AP of 500 copies of the hardcover edition ... each of which has been individually signed, numbered, and illustrated by Stan Sakai." It has a bound-in limitation page with an exclusive color illustration and Stan has drawn Space Usagi with his sword drawn. This hardcover features a different cover illustration than the softcover.

Unimaginable future technology alongside an ancient samurai code. A universe populated with bizarre lifeforms divided into warring clans. Space Usagi is the descendent of the 17th-century samurai, Miyamoto Usagi, and is the hero of his clan. Space Usagi collects all three miniseries previously published by Dark Horse and Mirage. Death and Honor tells of the fall of the Shiroshi star sytem, White Star Rising chronicles a band of samurai as they attempt to retake their system, and Warrior has Usagi on the trail of the abductor of his lord. Also featured are two short stories, including an encounter with the original Usagi Yojimbo.

Near Fine in Near Fine dustjacket (tips bumped otherwise book is Very Fine, light wear to dustjacket)
This is #35AP of 500 numbered copies signed by the artist