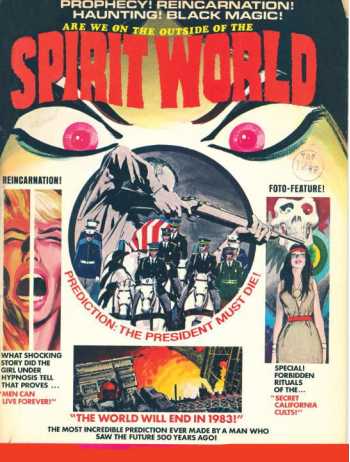 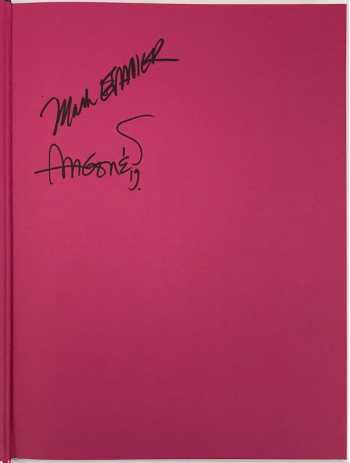 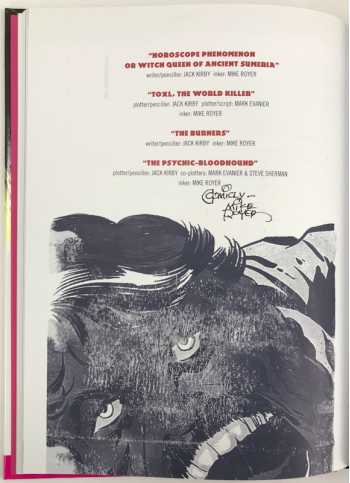 Signed by Evanier and Aragones on the front free endpaper. Signed by Royer on the contents page of the unpublished second issue.

This hardcover reprints the first issue of the black and white magazine SPIRIT WORLD and prints the unpublished second issue for the first time ever!

After leaving Marvel Comics at the end of the 1960s, Jack Kirby came to DC, where he soon created the series of super-hero comics known collectively as "The Fourth World." One of his first projects for DC was the black and white magazine SPIRIT WORLD, which featured stories of the occult and the supernatural.

Lasting only one issue, Spirit World is an eclectic and stunning mix of horror, mystery and fantasy. This edition also includes stories by Jack Kirby that were originally intended for a second issue of Spirit World as well as an introduction by comics historian and Kirby biographer Mark Evanier.