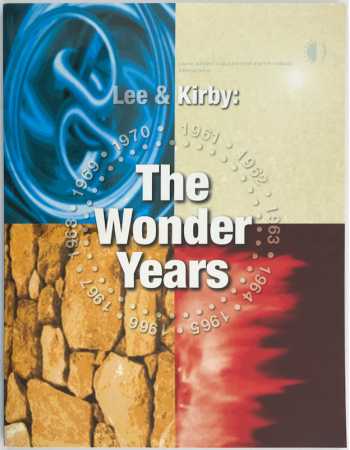 Celebrate the 50th Anniversary of Fantastic Four #1 with this new book about the two pop-culture visionaries who created the Fantastic Four, and a decade in comics that was more tumultuous and awe-inspiring than any before or since. Calling on his years of research, plus new interviews conducted just for this book (with Stan Lee, Flo Steinberg, Mark Evanier, Joe Sinnott, and others), regular Jack Kirby Collector magazine contributor Mark Alexander traces both Lee and Kirby's history at Marvel Comics, and the remarkable series of events and career choices that led them to converge in 1961 to conceive the Fantastic Four. It also documents the evolution of the FF throughout the 1960s, with previously unknown details about Lee and Kirby's working relationship, and their eventual parting of ways in 1970. With a wealth of of historical information and amazing Kirby artwork, Stan Lee & Jack Kirby: The Wonder Years beautifully examines the first decade of the FF, and the events that put into motion the 1960s era that came to be known as the Marvel Age of Comics!