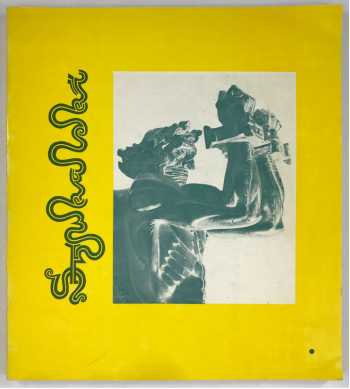 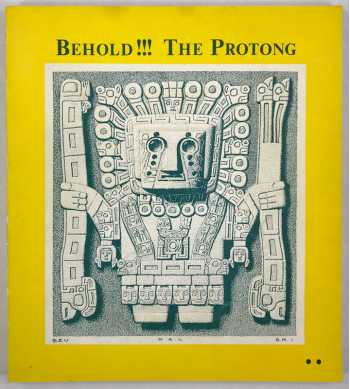 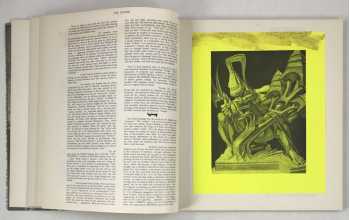 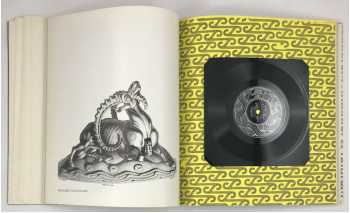 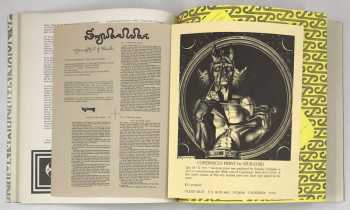 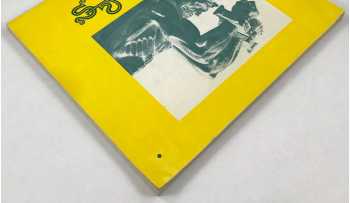 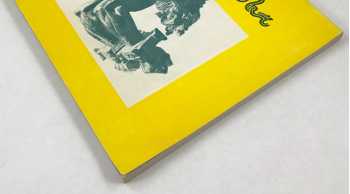 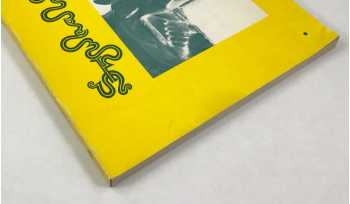 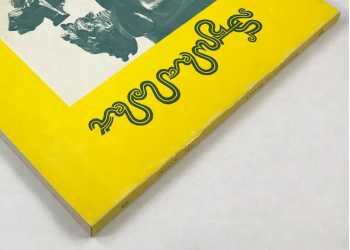 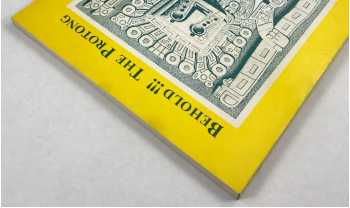 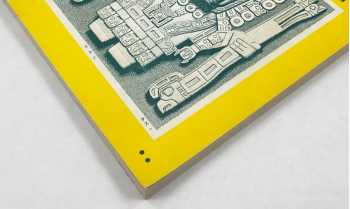 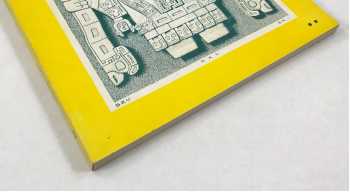 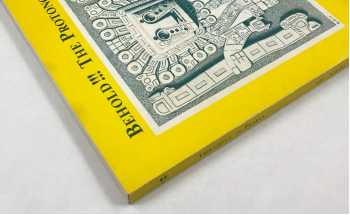 Troughful Of Pearls was the first book on the art of Szukalski since 1929. The book is divided into two sections of 88 pages each. "Troughful Of Pearls" reproduces sculptures, projects, drawings and portraits from 1912 to 1980. "Behold!!! The Protong" is a sampling of drawings and theories from Szukalski's 39 volume work on Zermatism.

Included is a card of Protong volabulary and a 7 square double sided plastic 33 1/3 rpm flexi disc of Szukalski speaking on his ideas of building a Createlier for artists.

Also laid in are two sheets: an ad sheet reproducing a Copernicus Print by Szukalski (illustrated), and a two-sided sheet describing "Troughful Of Pearls" and reprinting an excerpt of Ben Hecht's Child of the Century.

The book is profusely illustrated with hundreds of photographs of Szukalski's works, with commentary on the various pieces, and noting which pieces of his art works were stolen by the Communist Government of Poland. Exceedingly scarce in the first edition! The book was edited and published by Glenn Bray and Lena Zwalve and 1200 copies were printed: 100 hardcover and 1100 softcover.

Near Fine (light wear to the corners of the covers, very flat, tight, clean)