Sign in | Register
HomeAnimation & FilmStar Trek: The Art of the Film 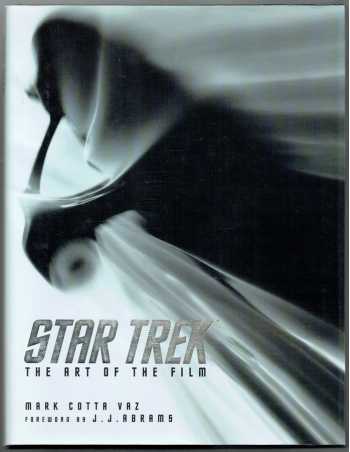 Director J.J. Abrams' new vision of the greatest space adventure of all time, Star Trek features a young, new crew venturing boldly where no man has gone before, as it tells the story of how the brash Starfleet cadet James T. Kirk first meets a Vulcan named Spock, and earns the Captain's chair of the Starship Enterprise. The film quickly became a critical and commercial smash hit worldwide, as audiences -- confirmed Trekkers and newcomers alike -- thrilled to a state-of-the-art action epic which both respected the legacy of Gene Roddenberry's archetypal modern myth and forged ahead into an exciting future of its own.

Star Trek: The Art of the Film is a lavishly illustrated celebration of that new vision, tracing the evolution of the movie's look through a stunning array of previously unseen pre-production paintings, concept sketches, costume and set designs, unit photography and final frames.

Written by New York Times-bestselling author Mark Cotta Vaz in close co-operation with the film's production team, and including a Foreword by J.J. Abrams, this is the essential companion to the film.