Sign in | Register
HomeAnimation & FilmStar Trek The Next Generation: The Art of Juan Ortiz - Limited Edition 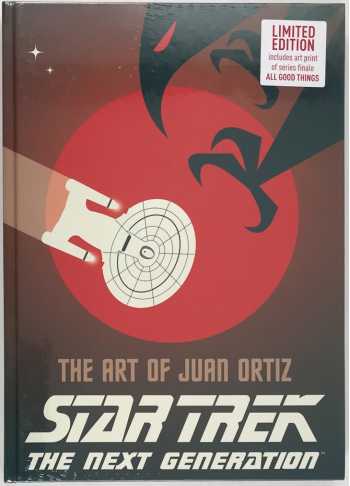 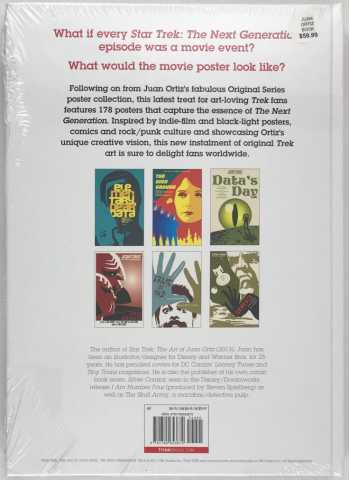 This Limited Edition has a variant cover and includes a separate art print of the series finale poster "All Good Things..."

This is a different art print than contained in the slipcased Limited Edition (that art print was "The Best of Both Worlds Part II").

Following on from Juan Ortiz's fabulous Original Series poster collection, this latest treat for art-loving Trek fans features 178 posters that capture the essence of The Next Generation. Inspired by indie-film and black-light posters, comics and rock/punk culture and showcasing Ortiz's unique creative vision, this new installment of original Trek art is sure to delight fans worldwide.

Juan Ortiz is an avid Star Trek enthusiast and an accomplished artist that set out to create an art program representing each of the 80 episodes from the Star Trek: The Original Series. The artwork embodies his passion for the series, the transformational Sixties, and the visceral reaction generated from each episode.

Since 1985, Juan has been an illustrator/designer for Disney and Warner Bros. and has penciled covers for DC Comics' Looney Tunes and Tiny Toons magazines. He is also the publisher of his own comic book series, Silver Comics, seen in the Disney/Dreamworks release I Am Number Four (produced by Steven Spielberg) as well as The Skull Army, a macabre/detective pulp, featuring his creation (named) The End.