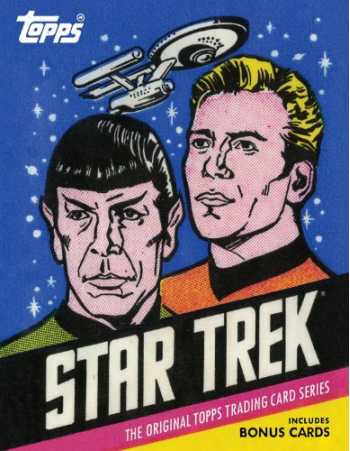 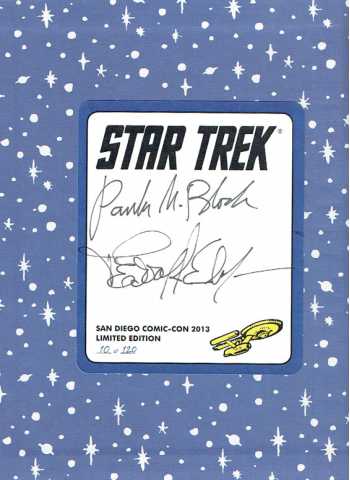 Paula M. Block worked on Star Trek at Paramount and CBS for 19 years and Terry J. Erdmann was a Motion Picture publicist and has written numerous Star Trek Books.

The book shows the complete set of the famous 1976 Topps Star Trek Cards, both fronts and backs, one card per page. There is also an unopened pack of 4 special cards from Topps only found in this book.

Ever since Star Trek first aired on television in 1966, the series has had a strong influence on pop culture. In 1976, due to the shows rising popularity in syndication, Topps released a series of collectible trading cards featuring full-color images from the classic television series created by Gene Roddenberry, as well as synopses and information on the cast and crew of the Starship Enterprise. This first-ever compilation includes the fronts and backs of all 88 cards and 22 rare and hard-to-find stickers (which were originally sold one per pack), as well as text and commentary by Star Trek insiders Paula M. Block and Terry J. Erdmann.

Guaranteed to please the die-hard Trekkie as well as a whole new generation of fans.

If you're like me, most of those cards are long gone by now, so I've loved the hardcover books devoted to the company's various product lines.