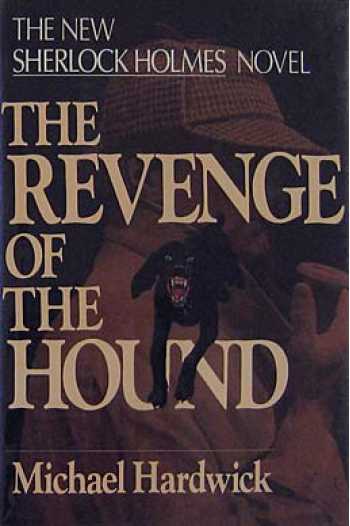 "The Revenge Of The Hound is set on June 1902, only months after the publication of the most popular mystery of all time, The Hound of the Baskervilles.

"The coronation of Edward VII has been postponed for what at first seem to be mysterious reasons. Spy scares are rife across England.

"The working class is filled with unrest.

"The characters of Holmes and Watson live again as Conan Doyle had them live.

"To read The Revenge Of The Hound is to step back to younger days and discover the adventure and thrills of Sherlock Holmes for the first time.

"Steranko, whose experiences as an escape artist brought him early fame, as an award-winning graphic artist, painter, and designer.

"He is the author of Chandler, a graphic novel highly regarded by mystery readers and illustrators alike."