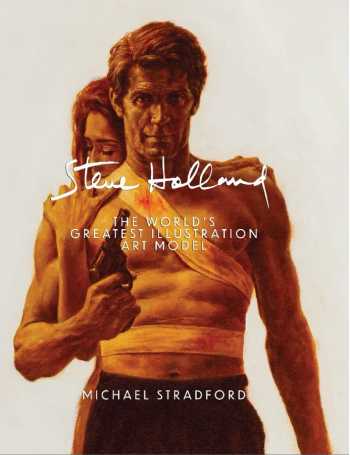 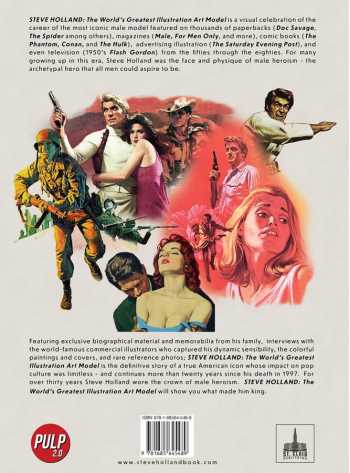 A trove of cover art from the 1950s through the 1970s and beyond. Featuring numerous covers and artwork by James Bama, Jack Faragasso, Ron Lesser, Bob Larkin, Joe DeVito and other artists. Photos of Holland, Eva Lind, Shere Hite.

Steve Holland: The World's Greatest Illustration Art Model is a visual celebration of the career of the most iconic male model whose face and form were recognized on paperbacks (Doc Savage, The Spider among others), magazines (Male, For Men Only, and more), comic books (The Phantom, Conan, and The Hulk), advertising illustration (The Saturday Evening Post), and even television (1950's Flash Gordon) from the fifties through the eighties. For many growing up in this era, Steve Holland was the face and muscle of male heroism - the archetypal hero that all men could aspire to be.

Featuring exclusive biographical material and memorabilia from his family, interviews with the world-famous commercial illustrators who captured his dynamic sensibility, the colorful paintings and covers, and rare reference photos; Steve Holland: The World's Greatest Illustration Art Model is the definitive story of a true American icon whose impact on pop culture was limitless - right up until his death. For over thirty years Steve Holland wore the crown of male heroism. Steve Holland: The World's Greatest Illustration Art Model will show you what made him king.