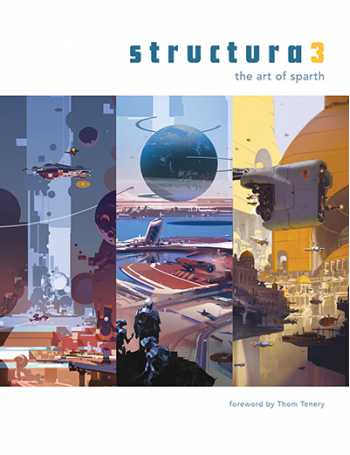 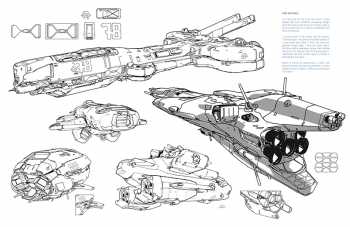 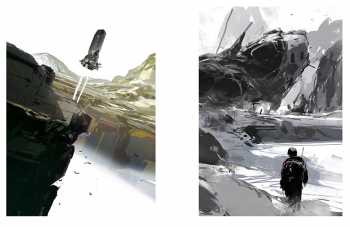 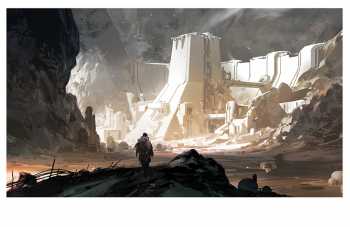 The highly anticipated follow up to Structura and Structura 2, Structura 3 is the newest collection of images from HALO art director, Sparth, which takes viewers on an amazing journey to imaginary lands. As with his prior best selling books, Structura 3 will not only share his fascinating artwork but will also have tips of the trade for creating believable digital environments and lands. Step-by-step tutorials will provide anyone with the educational tools necessary to design their own fantastical worlds. This next addition to the Structura library is not to be missed!

Sparth (Nicolas Bouvier) has been an artistic director and concept designer in the gaming industry for almost two decades. Born in France, he had the privilege to travel extensively at an early age to such places as Singapore, China, and the United States, where he enjoyed observing people and making note of all the tiny details of life that he was witnessing. His varied influences are largely responsible for his many creative passions, which range from space and buildings to robotics and beyond. Professionally, Sparth worked for six years at Darkworks Studio, the Paris-based game studio responsible for Alone in the Dark 4: The New Nightmare (2001), before leaving for Montreal in 2003 to join Ubisoft on their ongoing projects, Prince of Persia and Assassin's Creed. He then left Montreal for Dallas in 2005, where he spent more than three years working for id Software. Finally, in early 2009, he moved to Seattle to work on Halo adventures with Microsoft's 343 Industries, where he currently serves as art director of Halo 5: Guardians, the next installment in the popular series. Sparth has contributed to the development of several other games since 1997, including Cold Fear (2005) and Rage (2011), and he has also published more than 80 book covers in France, Canada, and the United States. There are no limits to Sparth's creativity when it comes to translating forms and concepts. One of his greatest passions remains to be contemporary architecture, the principles of which he applies to his own art, with an experimental and original approach. He also harbors a fascination for modern skyscrapers, although he admits that he himself wouldn't be able to live too high above the ground.