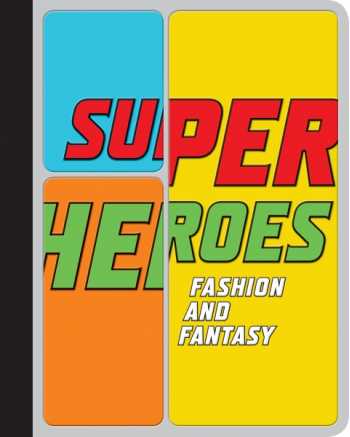 This copy is signed by Michael Chabon, who also wrote the introduction.

From Wonder Woman’s satin stars and golden bracelets to Batman’s brooding cape and mask, the style of superheroes’ dress has influenced both street wear and high fashion. This richly illustrated book explores how radical couture, avant-garde sportswear, and state-of-the-art military garments—as seen through the lens of the superhero—can be metaphors for sex, power, and politics. Beginning with the origins of the superhero costume, this volume looks at how designers have been influenced by iconographic components such as the cape, mask, boots, and unitard. Costumes, such as those worn by Batman and Catwoman, are examined as reflections of sexual and physical prowess, while others, most notably those of Superman and Captain America, are analyzed as political propaganda.

Harold Koda is Curator in Charge and Andrew Bolton is Curator, both at The Costume Institute , The Metropolitan Museum of Art. They are coauthors of Chanel (2005), Dangerous Liaisons: Fashion and Furniture in the Eighteenth Century (2006), and Poiret (2007).