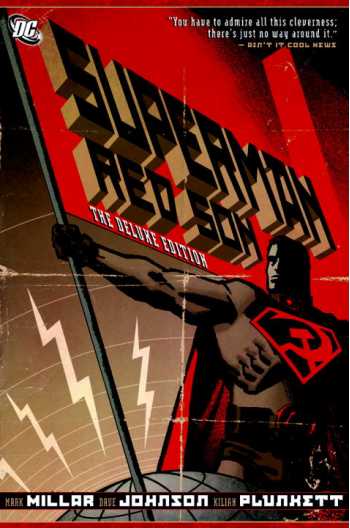 Imagine a reality where the world's most powerful super-being does not grow up in Smallville, Kansas--or even America, for that matter...

Superman: Red Son is a vivid tale of Cold War paranoia, that reveals how the ship carrying the infant who would later be known as Superman lands in the midst of the 1950s Soviet Union. Raised on a collective, the infant grows up and becomes a symbol to the Soviet people, and the world changes drastically from what we know - bringing Superman into conflict with Batman, Lex Luthor and many others.

"With its moral complexity and a graphic hybrid of Soviet Expressionism and Fifties comic book styling, Red Son is a charming and potent work." --The Guardian

"It is an interesting analysis of the Superman mythos, as well as Superman himself." --Examiner

Named one of "The 30 Comic Books You Should Have Read" by Empire Magazine.