Sign in | Register
HomeComic & Sequential ArtBronze & Modern Age (1970-present)Superman: The Coming of the Supermen
Save 20% 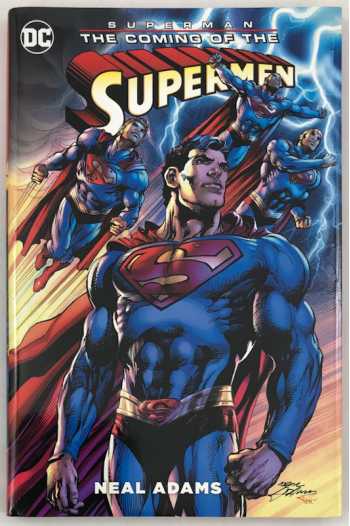 THREE WORLDS. ONE WAR. THIS LOOKS LIKE A JOB FOR SUPERMEN?

In the not-so-distant future, Apokolips has been destroyed. Krypton has been reborn. Earth is safer than ever. And from Metropolis to the Middle East, the Man of Steel soars through the skies--righting wrongs and saving lives all over the world.

Until the day a mysterious ship appeared in the sky, and everything Superman thought he knew is turned upside down.

Because this ship's crew are no ordinary aliens. They are--or appear to be--Kryptonians, wearing the S-shield of Superman's own bloodline. And they're here to helpor so they say.

And they're not the only alien invaders. The minions of Darkseid have returned, bringing terror to our planet once againand their evil overlord has plans that even the malevolent mastermind Lex Luthor can't counter.

Will Superman and his brilliant partner Lois Lane uncover the mystery and save New Krypton and Earth alike? Or is the second coming of Apokolips the end for us all?

Discover the shocking answers in THE COMING OF THE SUPERMEN--an astonishing epic of action and adventure from superstar writer-artist Neal Adams!