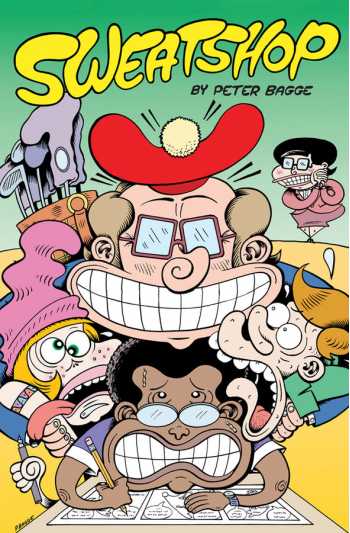 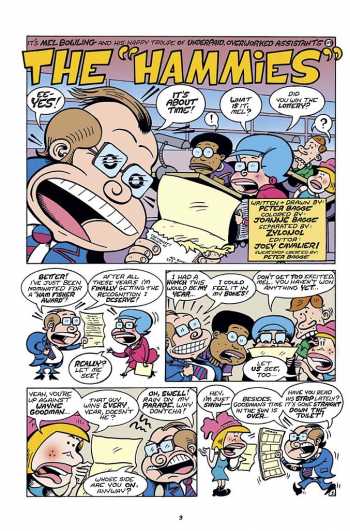 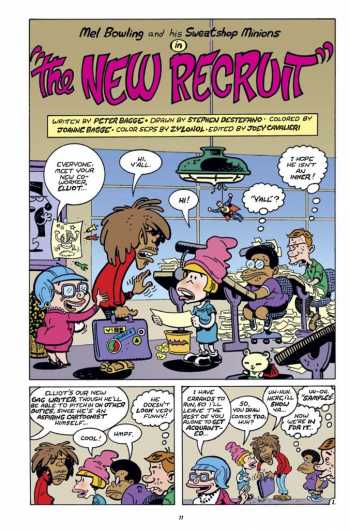 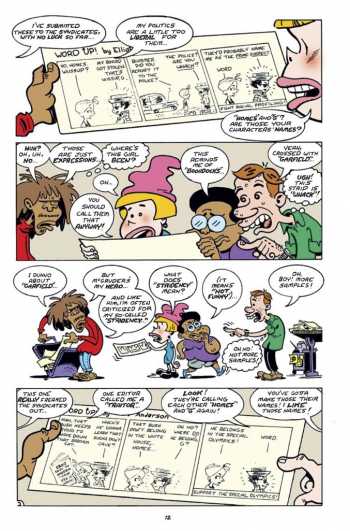 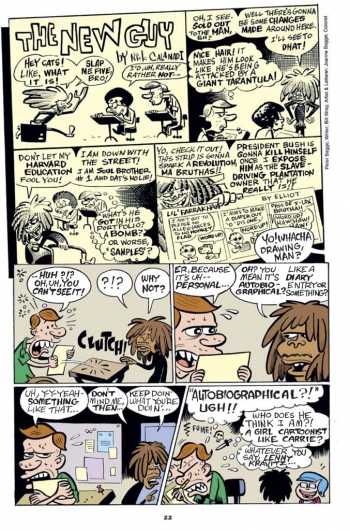 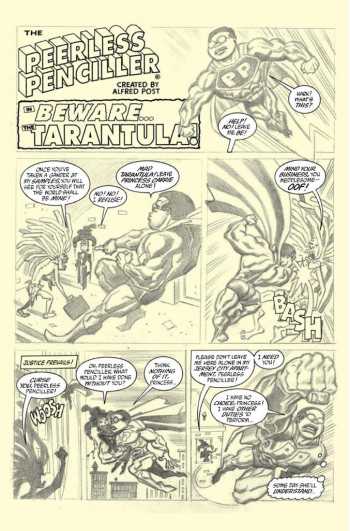 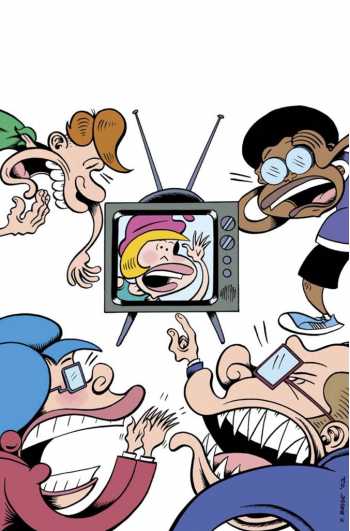 This situational comedy graphic novel is about a newspaper strip "sweatshop" of aspiring cartoonists who are attempting to make it big like their boss, but on their own terms.

Mel Bowling is the unhappy, out-of-touch creator of a very bad, daily newspaper comic strip called Freddy Ferret (a cross between Dilbert and Garfield). He spends most of his time listening to Rush Limbaugh and coming up with horrible catchphrases to merchandise, while his "sweatshop" cast of studio assistants grind out all the hard work.

Sweatshop is a hilarious situational comedy from acclaimed author Peter Bagge (Buddy Does Seattle, Woman Rebel: The Margaret Sanger Story) that ingeniously incorporates the visual styles of cartoonist guest stars like Stephen DeStefano (Popeye) and Johnny Ryan (Prison Pit) to give voice to Bowlings colorful cast of misfit, aspiring cartoonists (plus a cameo by Neil Gaiman!), all attempting to make it big like their boss, but on their own terms.

Originally published as a six-issue series by DC Comics in 2003 that was never collected, this is one of the best and most undervalued works of one of the key voices of his generation.

"Multiple-award winner Bagge brings a tense, frantic-paced underground-comic style to this colorful, text-heavy anthology about the workplace. Anyone who has a job can relate to this comedy. ... Young adults to seniors will certainly be amusedwhen they arent cringing."  Russell Miller - Library Journal

"The series hits its targets bulls-eyes with unerring precision... its good, nearly forgotten work from one of the most significant cartoonists of his generation."  Tim O'Neil - The A.V. Club

"Youll be forgiven if you missed Sweatshop the first time around but Im not sure youll have such a good excuse this time."  J. Caleb Mozzocco - Comic Book Resources

"Peter Bagges Sweatshop is a lost charmer... The characters stumble into all manner of wonderfully funny situations, events that reveal them to be strange, silly and intriguing. ... The more we get to know them, the more we start to like them as they show unexpected depth. As the last story ends, it wraps with a bit of bittersweet happiness as Ive found myself becoming attached to these wacky people."  Jason Sacks - Comics Bulletin