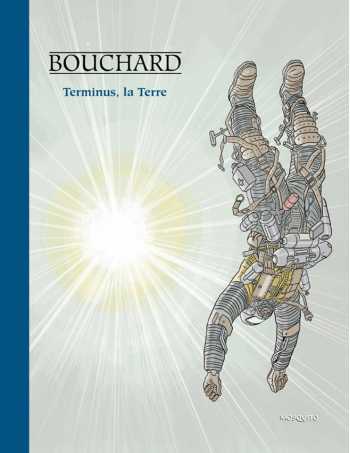 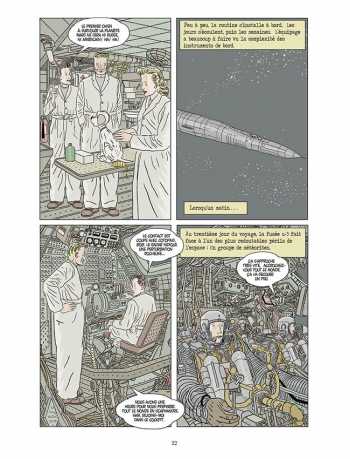 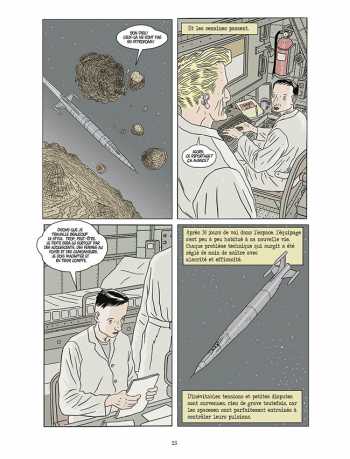 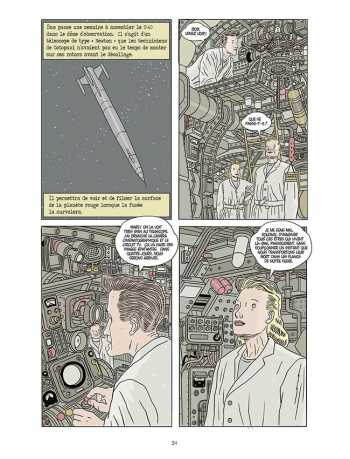 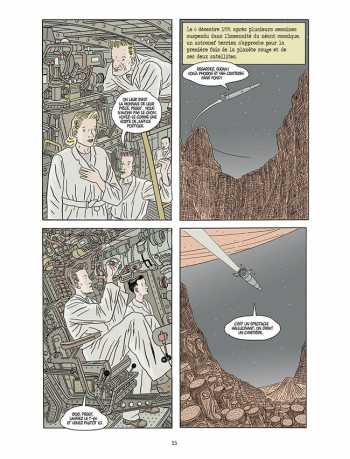 This album was a revelation to me. I'd never heard of Quebec comic book creator Grégoire Bouchard or this 1990s realistic science fiction comic. Bouchard's artwork is mesmerizing and is a blend of Charles Burns and Geof Darrow.

It is October 7, 1959. An atomic rocket takes off from an ultra-secret base. His goal: to reach the planet Mars in order to fight against a Machiavellian plan of invasion of the Earth by the Martians.

In the cockpit are five astronauts rigorously trained. At their head, former fighter pilot Bob Leclerc came out of retirement to carry out this historic mission. The last chance of the human race.

A series in two volumes.

Born in Montreal in 1965, Grégoire Bouchard published his first comics in fanzines, such as Krypton, of which he is the co-founder.

In 1992 he launched the mini-comic Strange Memories. He then became one of the regular contributors to Iceberg magazine in 1993. There he created the retired war pilot Bob Leclerc.