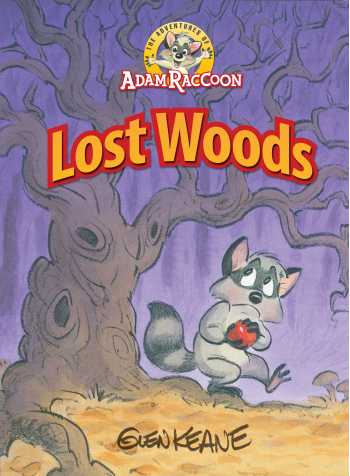 Lost Woods is part of the Adventures of Adam Raccoon series written and illustrated by Glen Keane!

He joined Disney in 1974 where he trained under Walt Disney's legendary animators Ollie Johnson, Frank Thomas and Eric Larson. Glen began his journey animating scenes on "The Rescuers" before being promoted to directing animator on "The Fox and the Hound". Glen is the recipient of the 1991 National Cartoonist Society Animation Award, 2008 Windsor McCay Award for Lifetime Achievement in Animation, the 2012 Tex Avery Award, and was a 2013 Disney Legend Award honoree for his contribution in Animation.

In the spring of 2012, Glen decided to leave Disney in pursuit of further artistic exploration and launched Glen Keane Productions. The following year, Keane created "Duet", a hand-drawn interactive film, for Google's Spotlight Stories. He continues to create his personal projects that push the boundaries of animation.