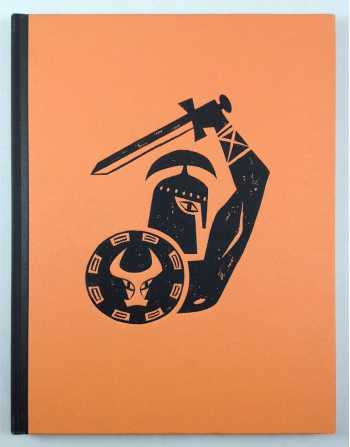 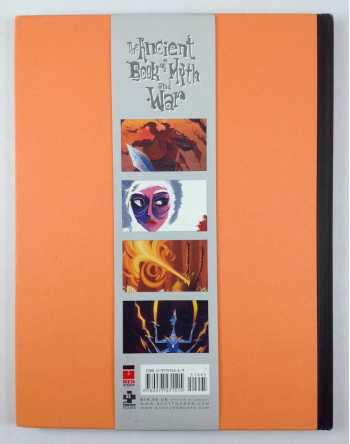 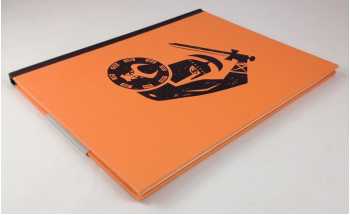 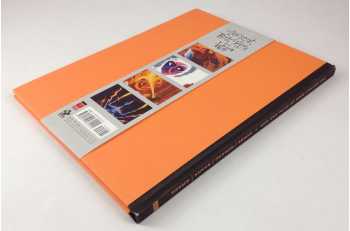 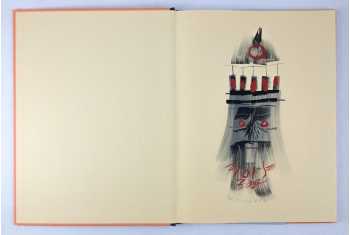 This copy has an original painting by Scott Morse on the front endpaper signed and inscribed "for Michael."

Taking their inspiration from the Provensens' 1950s classic children's book, Golden Treasury of Myths & Legends, these four Pixar artist-designers began painting these Golden Book-style images. Some are based on specific myths & folk tales, others are more loosely interpretive. Scott, the best known of the group and the publisher of this volume, does his thing. Lou's and Don's paintings are wonderful, playful, and perhaps the most evocative of the Golden Book source material. Nate's cartoon paintings will remind you of Ward Kimball's Toot Honk Whistle & Plunk. Introduction by Academy Award winner Harley Jessup.

Long out of print.

The Ancient Book of Myth and War presents to you a time capsule, a glimpse into a strange and wondrous world, where myths and legends still roam freely and wars rage in the hearts and minds of the noble and the feeble alike. The Ancient Book of Myth and War is a fine art hardcover collection of images produced by some of the most highly sophisticated animation designers in the industry.