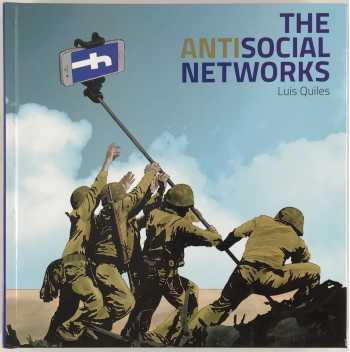 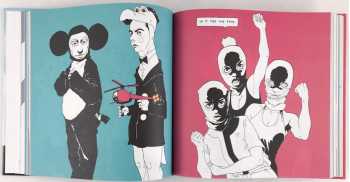 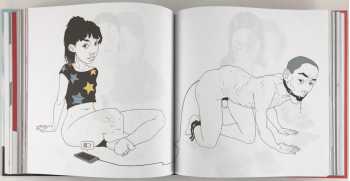 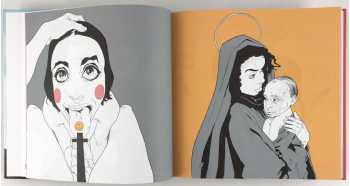 The Antisocial Networks is an interpretation of modern society through art, an attempt to capture the lights and shadows of our current society through iconic characters and elements of popular culture engraved in our memories, with critical sense and observation. We invite you to look through the peephole for the virtues and miseries of contemporary humans, from the point of view of art.

The Antisocial Networks wasn't born with the idea to take the form of a book. It started out as a way to work with ink to have more immediacy when my ideas had to be transposed to paper, without losing anything in the process.

At first, these drawings were part of my work break routine, in cafeterias, in hotel rooms, on promotional tours for my other books -- It was only after some time that I realized all these drawings had a connection. They were part of a personal dissection of modern society.

These (mainly conceptual) drawings address the themes of social criticism, the abuse of technology and social networks, politics, relation, sexuality...

Luis Quiles was born in Sabadell (Barcelona) in 1978, where he currently resides. He studied at the Joso de Sabadell comic school. His first work as a cartoonist was at 17 in the cartoon studio Rodamina Animació. There he was animator for eight years in European productions for film and television. He published in France two albums in the Rebelcat comic series, this year the entire series will be published, including the last unpublished volume in an integral volume with the name of "Nara and the lost children."

In recent years he has dedicated himself to illustration. Many of his works have been compiled in several books: Revolutionary Road, Riots and Antisocial Networks.