Sign in | Register
HomeNew ArrivalsThe Art and Making of ParaNorman 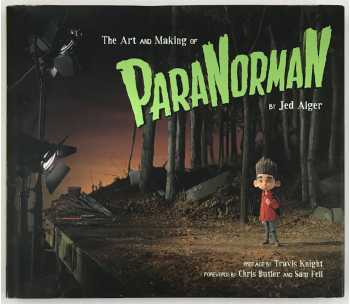 From LAIKA, the studio behind the hit film Coraline, comes another marvel of stop-motion animation and creative storytelling. For ParaNorman, LAIKA's team of artists and animators built and brought to life a miniature town, a horde of zombies, and a quirky cast of characters to tell a tale of a boy with spooky talents who must save his hometown from a centuries-old curse. Featuring the amazing and detailed artwork that went into the film's creation--from character sketches and concept art to puppets, textiles, set dressing, and 3-D printed facial models--The Art and Making of ParaNorman goes behind the scenes to explore the exacting, exciting steps that are achieved frame by frame in this newest LAIKA masterpiece.

Jed Alger grew up in New England, in a town not unlike the one in ParaNorman, minus the zombies. Now he lives and works in Portland, Oregon.