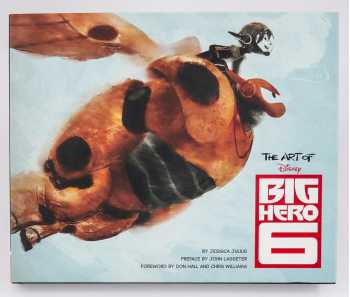 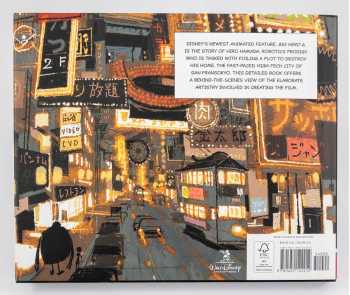 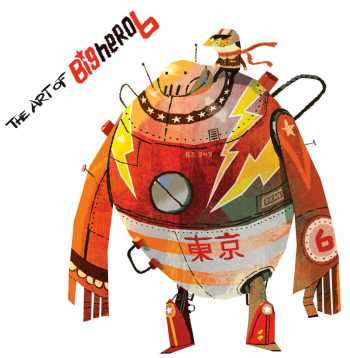 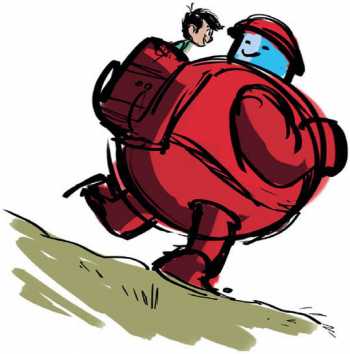 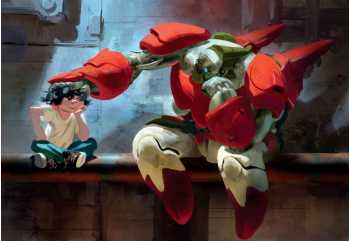 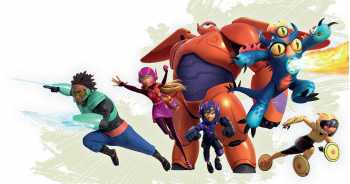 Back in 2014, we organized a crew signing for this book and this is the first time we have had a copy come back to us! This first printing is signed by author Jessica Julius, Heads of Story Paul Briggs and Joe Mateo, Production Designer Paul Felix, Art Director Scott Watanabe, Lead Character Designer Shiyoon Kim, and Visual Development Artists Jim Martin, Kevin Nelson, Mike Yamada, and Victoria Ying.

Paul Felix and Mike Yamada have added quick head sketches next to their signatures!

Walt Disney Animation Studio's Big Hero 6 is the story of Hiro Hamada, a brilliant robotics prodigy who must foil a criminal plot that threatens to destroy the fast-paced, high-tech city of San Fransokyo. This new title in our popular The Art of series features concept art from the film's creation, including sketches, storyboards, maquette sculpts, colorscripts, and much more, illuminated by quotes and interviews with the film's creators. Fans will love the behind-the-scenes insights into Disney's newest action comedy adventure.

Jessica Julius is a creative executive at Walt Disney Animation Studios, where she has worked on such films as Frozen, Tangled, Wreck-It Ralph,The Princess and the Frog, and Bolt.

Don Hall is the director of Big Hero 6. He previously served as the director of 2011's Winnie the Pooh for which he was nominated for an Annie Award. For many years, Hall worked within the story department and was the head of story on The Princess and the Frog and Meet the Robinsons.

Chris Williams is the director of Big Hero 6. Williams directed and co-wrote Bolt as well as the short Glago's Guest for which he earned an Annie Award for his storyboarding. He was nominated for an Annie Award for writing on The Emperor's New Groove. Williams has worked in the story department on several Disney animated features including Mulan, Lilo & Stitch, and Frozen.

Very Fine in Fine dustjacket
Signed by nine of the filmmakers