Sign in | Register
HomeNew ArrivalsThe Art of Legend of the Guardians: The Owls of Ga'Hoole 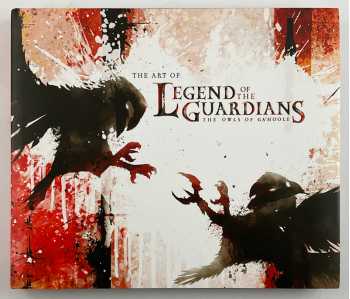 Self-published by Animal Logic, a lavish art book devoted to the design, visual development, and rendering of the animated fantasy film Legend of the Guardians: The Owls of Ga'Hoole.

Developed and produced over 3 years at Animal Logic's studios in Sydney, Australia, a team of 500+ artists, technicians and support staff designed, developed and executed one of the most ambitious and visually rich animated films of our time. Concieved from the get-go in 3D stereoscopic, every detail from the diverse range of owl species with detailed feathers and expressive eyes, to epic landscapes and complex environments, and ground breaking visual effects and lighting were carefully crafted to ensure the audience would be transported to the world of Ga'Hoole and feel as though they are flying with Soren and his band of brave owls.

Animal Logic's team of artists designed, created and animated 15 unique species of owls as well as many other forest animals and creatures such as snakes, crows, bats, centipedes, bees, beetles, bugs, moths, a hermit crab, a Tasmanian Devil, and of course, an echidna.

The text is composed entirely of the artists' commentary and reveals their thought process at every step!

The following artists are included in the book:

Near Fine in Near Fine dustjacket (corners very lightly bumped)