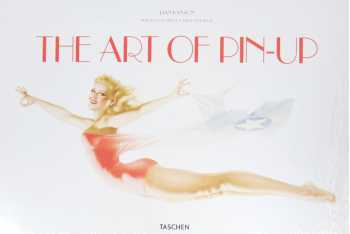 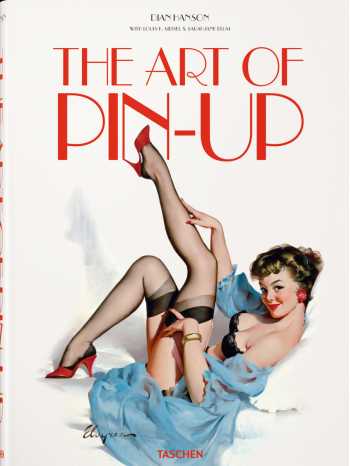 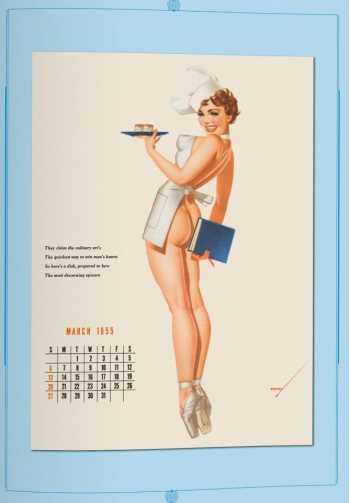 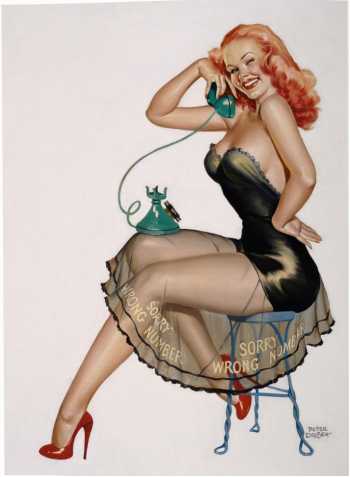 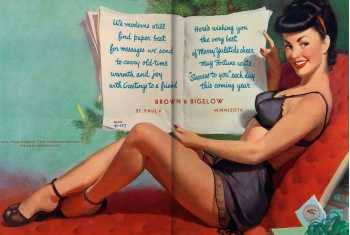 The Art of Pin-Up is one of Taschen's XL series of super oversize volumes housed in its own carrying case. Matches 75 Years of DC Comics and 75 Years of Marvel Comics.

One big slice of cheesecake: Pin-up travels the long road from barracks wall to high art.  In the 15 years since TASCHEN released The Great American Pin-up, international interest in this distinctly American art form has increased exponentially. Paintings by leading artists such as Alberto Vargas, George Petty, and Gil Elvgren that sold for $ 2,000 in 1996 are going for $ 200,000 and more today.

Pin-up: drawings, paintings and pastels of an idealized female face and figure intended for public display, was produced between 1920 and 1970, for use on calendars, and magazine covers and centerfolds. The majority of original paintings were discarded by publishers and calendar companies after printing, making the surviving art that much more precious. Today it's popularity is huge, and ripe for an equally huge and truly comprehensive collector's edition.

Formidably sized, The Art of Pin-up is an impressive book that will be coveted by casual fans as well as hardcore pin-up collectors. The top 10 artists are profiled in depth. Each chapter opens with a tipped-in reproduction of an original calendar or magazine cover by that artist. The reproduction quality of the paintings, pastels, and preparatory sketches that follow largely sourced from the original art invites the viewer to trace the brush strokes, while the exquisite period calendars, vintage prints, and original model photos document the artists' creative process. Much of these ephemera were photographed on-site at the historic Brown & Bigelow Company, home to the world's largest archive of vintage pin-up calendars.  In addition to the chapters on the 10 featured artists, the book includes thumbnail bios and representative art of 85 additional artists, the most complete compendium of pin-up artists ever compiled. All this adds up to a hard-to-beat book on this popular subject.

Text in English, French, and German.

Dian Hanson was born in Seattle in 1951.

She lives in Los Angeles.