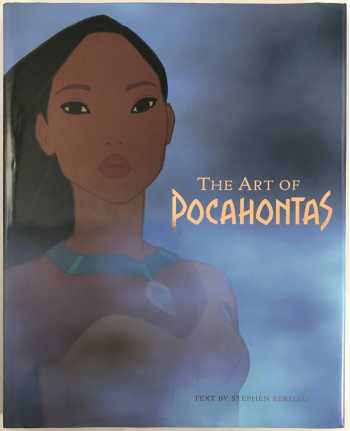 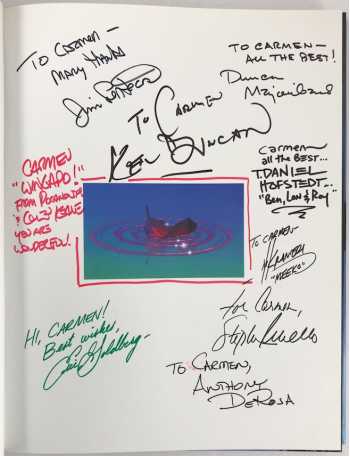 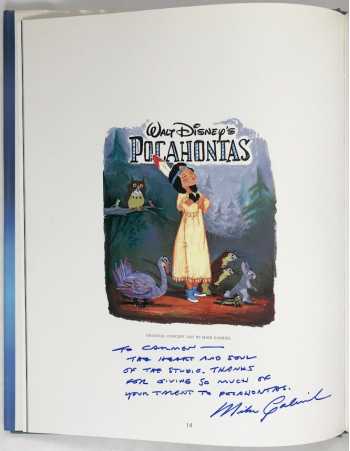 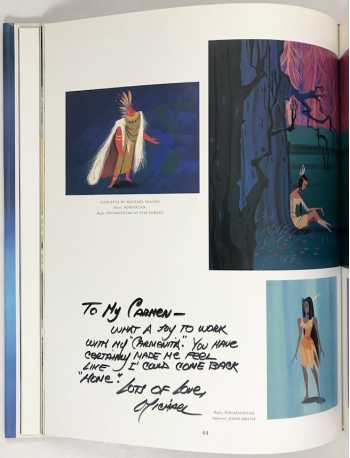 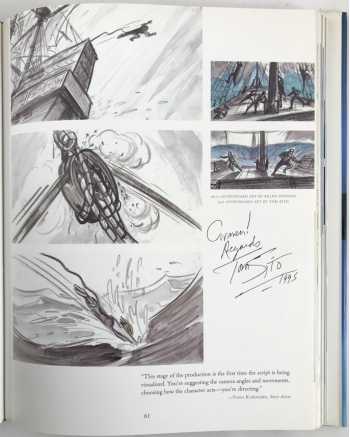 Inscribed by the author, the directors, and 10 Disney artists.

Co-director Mike Gabriel's inscription reads: "To Carmen-- The heart and soul of the studio. Thanks for giving so much of your talent to Pocahontas."

From IMDB: "Carmen Sanderson worked at Disney for over 50 years. Beginning in October 1945 She worked in the ink and paint department on nearly every animated feature from "Song of the South" to "Home on the Range". After serving as Xerox Check and Inking supervisor she became one of the many ink and paint artists switching to CAPS digital paint system. Retiring in 2003."

This copy has warm personal dedications from other members of the crew:

From conception to the completed movie, including wonderful reproductions of concept sketches, background paintings, storyboards, and interviews with the film's animators, scriptwriters, and musicians.