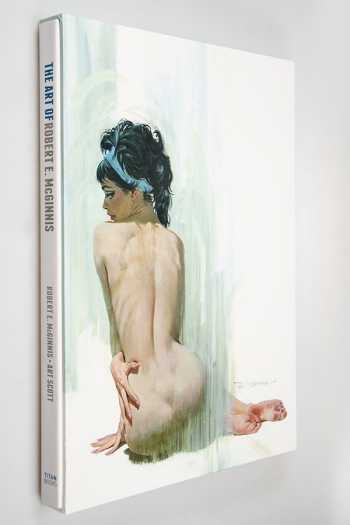 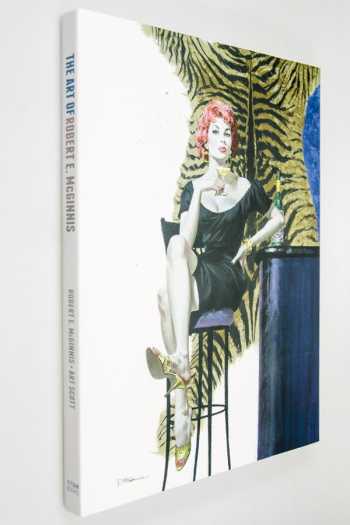 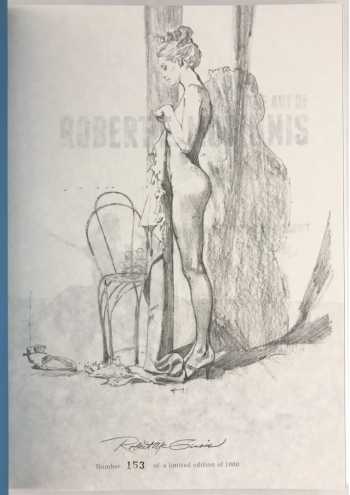 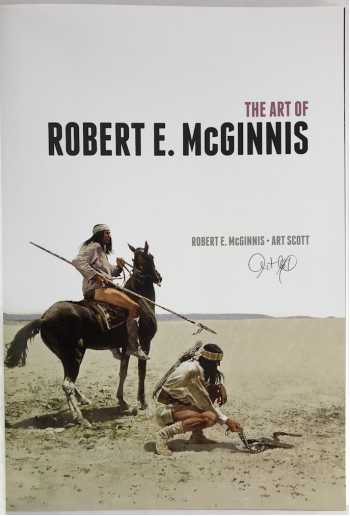 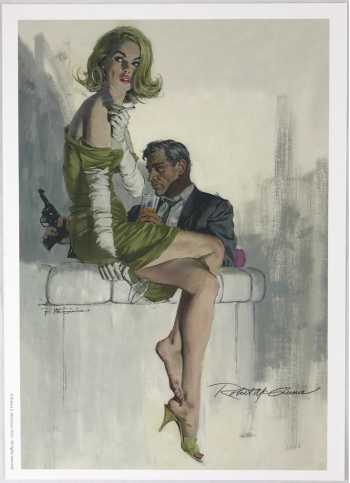 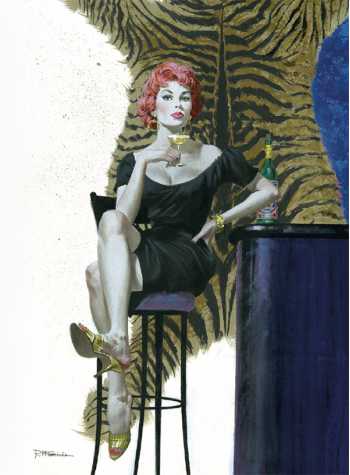 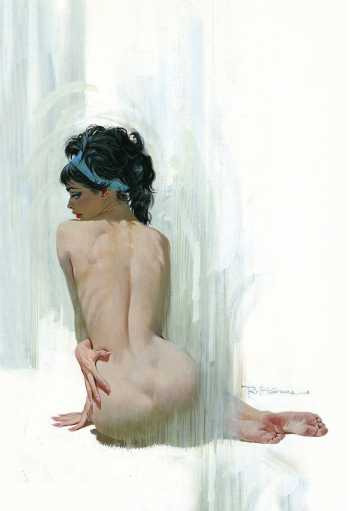 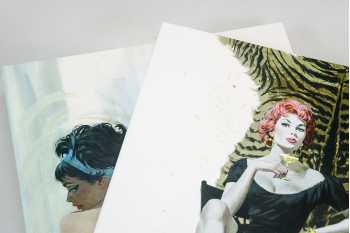 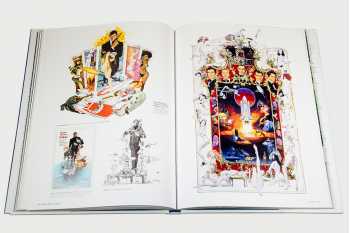 This deluxe edition was limited to 1000 numbered copies signed by the artist and is long out of print. This Mint condition copy has also been signed by the author, renowned McGinnis expert Art Scott.

Robert McGinnis is one of the greatest paperback cover artists of all time. McGinnis has painted over 1200 paperback covers and over 40 movie posters, including Breakfast at Tiffanys and several James Bond films. In 1993, he was voted into the Society of Illustrators' Hall of Fame.

The two previous books on McGinnis (publishing in 2000 and 2001) are both long out of print and command premium prices. So a new monograph on the artist is long overdue. With 176 pages and a large 9x12 format, this promises to be the biggest and best of the three volumes.

The deluxe edition has these extras:

– A print of "Kill Now, Pay Later" (1960) signed by McGinnis.
– The book itself is signed by McGinnis on a bound-in signature sheet featuring a previously unpublished pencil sketch of a standing nude.
– The book features an exclusive variant dustjacket featuring "Counterfeit Wife" on the front and "Gallery Show" pencil sketch on the back.
– Presented in an exclusive slipcase featuring the artwork 'Angel!"
– Limited to 1000 copies worldwide.

Delving into private collections and personal archives, with many of the works shot from original paintings, The Art of Robert E. McGinnis opens the door to an unparalleled and illustrious career. One that continues to this day.

An American artist and illustrator, McGinnis is best known for his movie poster and book cover illustration work, and has also produced work for magazines and newspapers. His posters include Breakfast at Tiffany's, Diamonds Are Forever, Thunderball and several other Bonds. He currently illustrates Hard Case Crime covers. He is a member of the Society of Illustrators Hall of Fame.